Taipei, Taiwan, April 2nd, 2009 – LEADTEK Research Inc., world acclaimed for its extreme visual graphics leading brand technology, proudly announces the WinFast GTX 275. This new enthusiasm level graphics card is based on the NVIDIA Best-in-class GeForce GTX 275 GPU. With 240 stream processors, it comes with high-speed 896MB GDDR3 and works at 448-bit memory interface. Based on the above specifications, the WinFast GTX 275 will certainly offer gamers the best gaming performance and value. 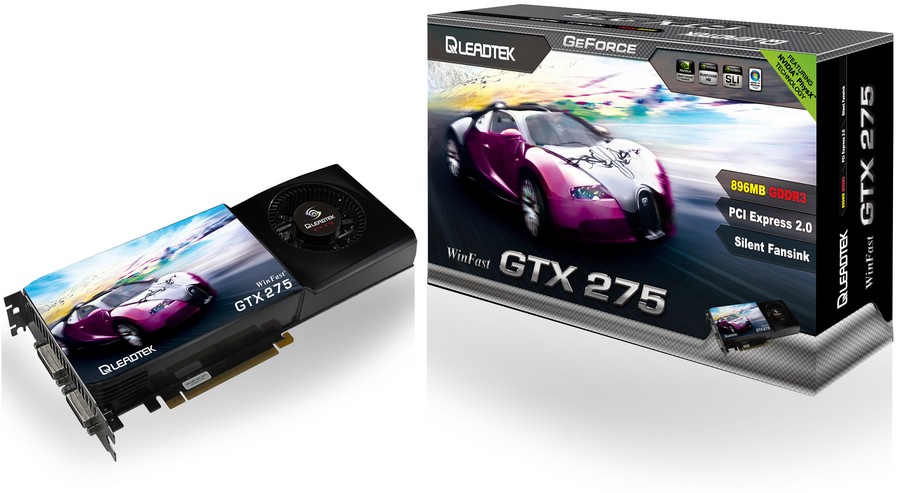 Powered up with NVIDIA cutting edge technologies, the WinFast GTX 275 fully supports the CUDA and PhsyX technology. The NVIDIA PhysX technology is a powerful physics engine; it enables real-time physics effect in games. Now it supports over 100 the most popular games across all platforms, users can experience the dynamic gaming interaction and ultra-realistic physical performance with the WinFast GTX 275.

Supported by the GeForce CUDA－Enabled GPU, the WinFast GTX 275 not only deliver the classic GPU-accelerated gaming effects, but also support the most intricate non-gaming applications via CUDA language. it is the only GPU that supports all compute languages. These include accelerating the art design application, science simulation application or transcoding of video to a personal video player up to 7X faster than the CPU. 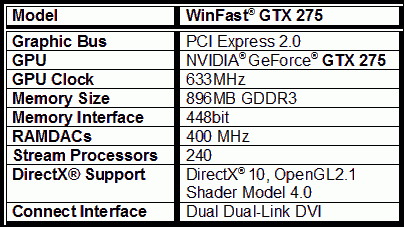