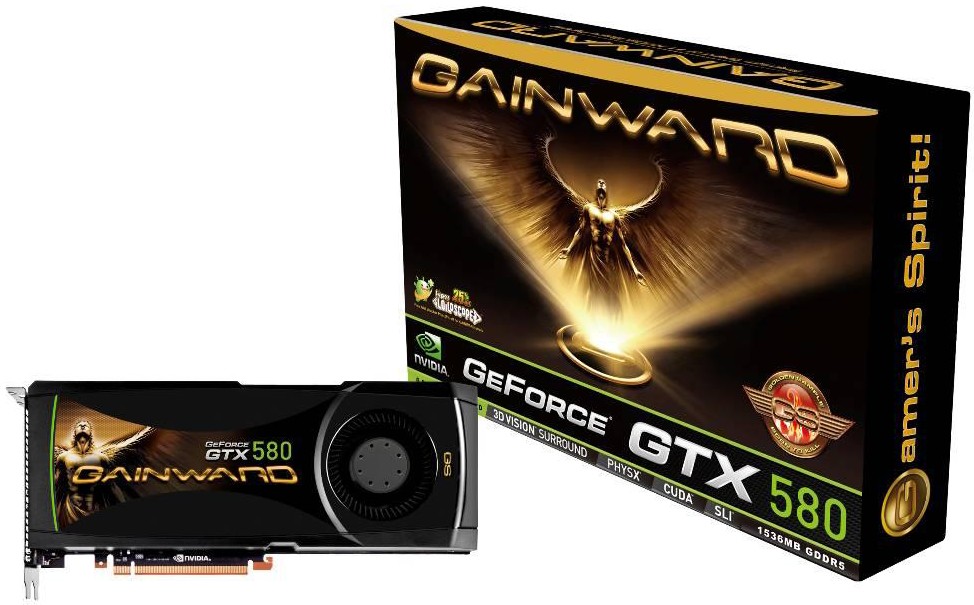 Gainward GeForce GTX 580 with synonym high performance is clocked at 772MHz and geared with the same 1536MB of GDDR5 memory clocked at 2004MHz on a 384 bits bus. Gainward GeForce GTX 580 not only enhances its gaming performance up to 20% over its previous generation but also ensures maximum stability with less power consumption and a quieter thermal design.
With the Gainward GeForce GTX 580 series, you can enjoy exceptional geometric realism with amazing 12 billion triangles per second. Experience blockbuster games with superlative gaming thrills like Call of Duty: Back Ops and Tom Clancy’s H.A.W.X. 2 in their full glory. If you are a hardcore gamer, the Gainward
GeForce GTX 580 series is equipped with an optimized cover design, achieving a better SLI configuration
even when powered in full compliance with 3-way SLI. Along with all the benefits listed, you can also enjoy
gaming with extra exciting NVIDIA features – PhysX, CUDA & 3D vision and immersive 3D Vision Surround
in SLI configuration. With the incredibly screaming performance and sensational features, Gainward
GeForce GTX 580 “Golden Sample” and Gainward GeForce GTX 580 are your best choices. What are you
waiting for! Show off the most powerful rigs ever to your pals and enjoy their looks of envy when you have
the world’s fastest DirectX 11! 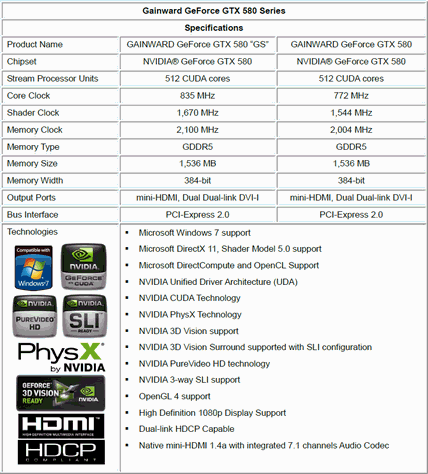