1 February 2015 – The rumours are true, the world’s most advanced GeForce GTX 980 has arrived. The EVGA GeForce GTX 980 K|NGP|N graphics card is meticulously designed for the extreme overclocker. With a 14+3 power phase design, this new digitally controlled VRM can deliver up to 600A of current, all delivered through 3 power inputs, 8pin + 8pin + 6pin. ACX 2.0+ keeps the card running cool, and the ability to go single slot, (with included single slot bracket) makes this one of the sleekest graphics cards designed to date.

Vince ‘K|NGP|N’ Lucido is an extreme overclocker who has achieved many 3DMark World Records with EVGA hardware. He contributed to the design of the GTX 980 K|NGP|N graphics card with EVGA, and had this to say:

„The power designs for both the GPU and memory on the EVGA GeForce GTX 980 K|NGP|N graphics card should allow some insane overclocking and some of the highest clockspeeds seen to date. Also, with the new multi-colour LED cooler, you can customise the look of the card to fit any system.“ 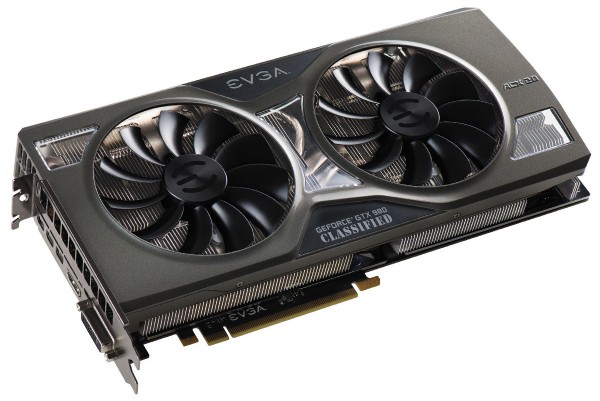