Designed with gamers and PC enthusiasts in mind, the all new Radeon RX 6900 XT graphics card from BIOSTAR is omnipotent. Powered by AMD’s Navi 21 silicone the RX 6900 XT looks to dethrone NVIDIA’s Geforce RTX 3090 to be the top dog in the graphics card scene.

Featuring 80 powerful compute units, the RX 6900 XT graphics card from BIOSTAR holds 16GB of GDDR6 memory which clocks in at 16.0 Gbps with a memory bandwidth up to 512Gbps across a 256-bit memory interface, meanwhile 128MB of AMD’s proprietary infinity cache technology takes up the slack of the low memory bandwidth numbers to deliver stellar performance at any load.

Sleek and refined, the new RX 6900 XT graphics card is designed with a mix of diecast aluminum and other industrial grade material which will showcase a prominent look in any PC build with its black and silver accents while the design itself carries masterful engineering to keep the unit cool on extreme use, especially with the use of the all new custom-designed axial fans that will increase the cooling efficiency of the device drastically. 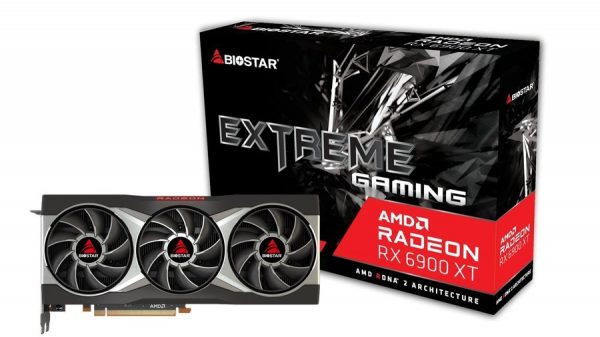 With complimentary features like AMD FidelityFX that enables robust visual elements, Radeon Image Sharpening, and support for DirectX 12 Ultimate makes the new RX 6900 XT graphics card the crowd favorite for that extreme gaming PC, with an added affordability in comparison to its counterpart. Additional features like Radeon Boost allows the RX 6900 XT to boost clock speeds upto 2250 enabling users to maximize the graphic potential with ease.

The RX 6900 XT graphics card is equipped with multiple connectivity options like two display 1.4 ports with DSC technology, as well as an HDMI port with HDMI 2.1 VRR and FRL with 4K support and an additional USB Type C port for display and power delivery making it a highly efficient choice when it comes to multiple display connectivity and video output quality.

In conclusion, the BIOSTAR RX 6900 XT graphics card is a great choice for gamers and PC enthusiasts looking to build the fastest and the best performing PC money can buy. Coupled with the latest AMD Ryzen Vermeer series processors the RX 6900 XT makes a great combination that provides the ultimate user experience leaving nothing more to be desired. 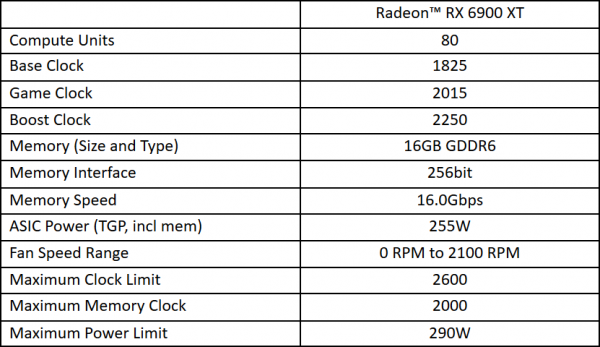