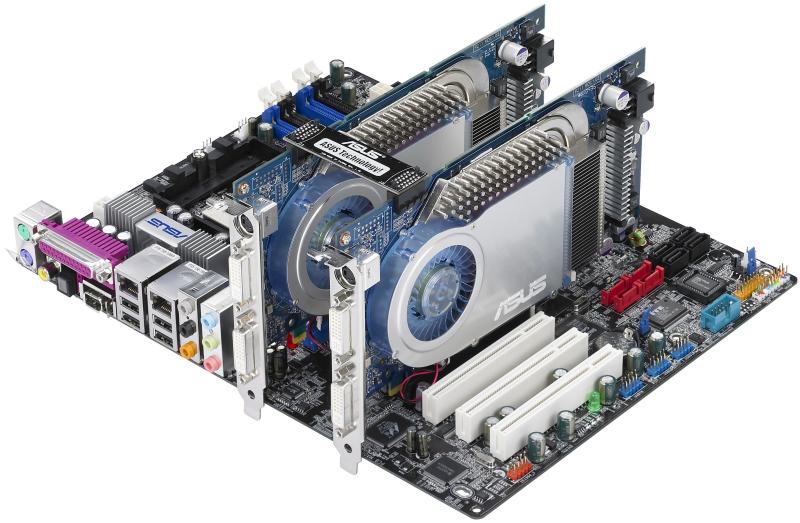 „With the help of ASUS, we have made SLI technology a reality, providing extreme graphics processing to those who demand the very best,“ said Drew Henry, General Manager of Nvidia’s platform business. „The A8N-SLI Deluxe, the first board to successfully incorporate our NVIDIA nForce4 SLI core-logic technology, is tailored for gamers running the latest 3D titles.“

The A8N-SLI Deluxe included a special design in which two PCI Express x1 slots are placed between the two PCI-E x16 graphics slots, permitting more room for ventilation compared with conventional SLI designs. This thoughtful layout has proven to increase airflow and lower the temperature.

EZ Plug – Direct and Reliable Power Supply
When the system is in SLI mode (dual PCI Express graphics operation), the supply of power for the graphics adaptors is crucial. The A8N-SLI Deluxe incorporated the patented EZ Plug, which provides dedicated support for the high power demands of graphics cards.

When the power source is positioned far away from the PCI Express slots, the long routing causes power degradation. This also creates unnecessary noise and interferes with the performance of other components along the way. The EZ Plug is located adjacent to the PCI Express slots to maintain voltage integrity during transmission, guaranteeing dependable supply of power, quiet operations and graphics card compatibility.

EZ Selector – Easy Insertion Prevent Selector Card Damage
A SLI motherboard requires an onboard SLI Selector Card to switch the system between SLI mode and non-SLI mode. Due to the confined space between the two PCI Express x16 slots, inserting and removing the selector card is difficult and could cause damage to neighboring components, the selector socket, and the selector card itself. The A8N-SLI Deluxe is the world’s only motherboard to include the EZ Selector. This feature utilizes a special socket to accommodate the SLI selector card, enabling easy insertion and removal. When repeated insertion and removal is not a concern, the life expectancy of the SLI selector increases greatly. 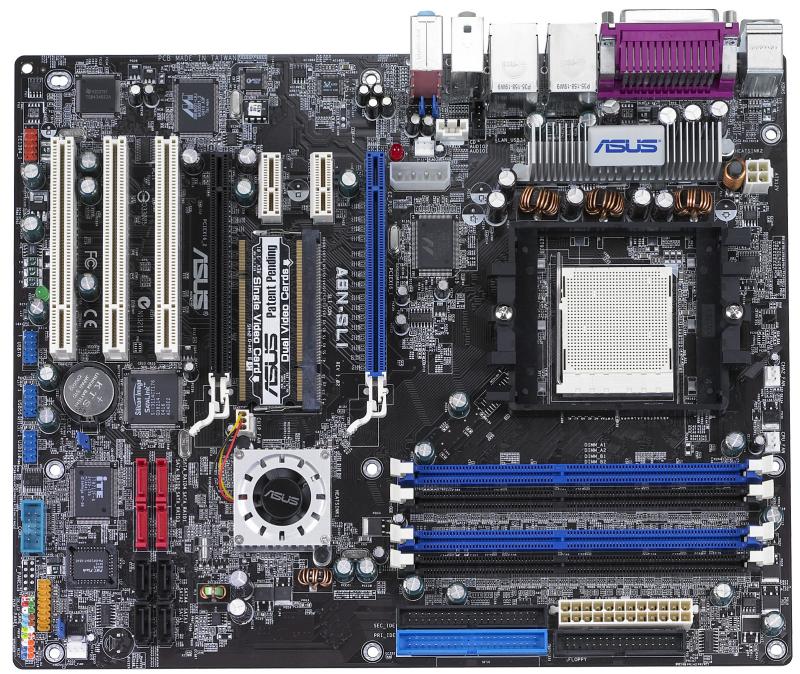 AI NET2™ -Diagnose LAN connection before entering OS
AI NET2 remotely detects cable connection the second you turn on the system, and reports back any faulty connections up to 100 meters at 1 meter accuracy.

„The ASUS A8N-SLI Deluxe motherboard takes full advantage of the amazing performance offered by the AMD Athlon™ 64 FX processor,“ said Daryl Sartain, Director of AMD Microprocessor Business. „With its dual-memory and dual-graphics card designs coupled with the incredible AMD Athlon 64 FX processor, our customers can have an exceptionally powerful and reliable system.“

„VoodooPC is known for using only the fastest and most reliable equipment on the market with our PCs. The ASUS A8N-SLI Deluxe is exactly what we look for in our systems, and it echoes very well with our image. It’s stable, but most importantly it blows the doors off the competition in performance and features,“ said Rahul Sood, President and CTO of VoodooPC.