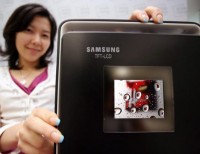 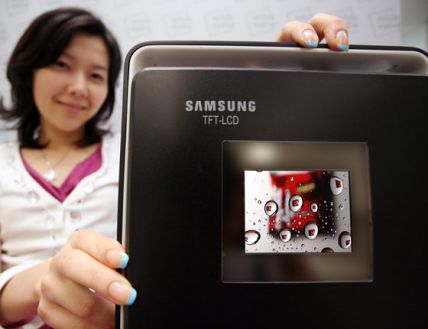 Digital camera makers use an interface known as ITU-R601, an international standard for cathode ray tube (CRT) TVs that operates at 30Hz. This standard is incompatible with LCDs, which normally run at 60Hz. Manufacturers have had to reconcile the difference either by compressing the images or by manipulating the signal. However, such approaches will only work with LCDs having a resolution of qVGA(320 x 240 pixels) or less. Samsung’s new LCD operates on 30Hz, allowing VGA images to be obtained from a digital camera without having to create another interface.

The three-inch VGA LCD also incorporates a dot inversion scheme that lowers power consumption while substantially reducing the image flickering that has prevented such an approach in the past. Power consumption is further reduced because the 30Hz source driver requires less power than the 60Hz type, helping to better differentiate mobile display-based products.

Samsung will exhibit its new device at IMID 2006, which opens in Daegu, Korea on August 23. Samsung will begin commercially producing the new VGA-resolution LCD panel in the first half of 2007.