Ontario, California, November 8, 2006 – XFX changes the face of gaming yet again with the release of the all-new GeForce® 8800 GTX and GeForce® 8800 GTS graphics processing units (GPUs). Offering unprecedented processing power and unparalleled levels of graphics realism and special effects, the only other “un” that comes to mind is “unbelievable”! 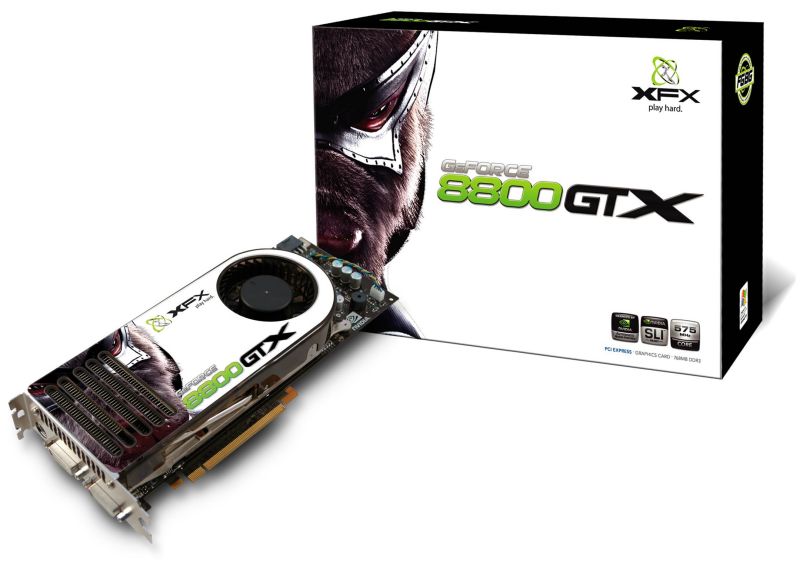 XFX, known by gamers worldwide for its mind-blowing, performance-crushing and competition-obliterating video cards and gaming gear—as well as its recent collaborations with No. 1 Gamer Fatal1ty—couldn’t be happier to add these two new outstanding GPUs to its already impressive list of gaming components.

Stream Out enables programmers to add more detail without having to re-render the entire pipeline and Geometry Shaders permit geometry creation and tessellation for smooth curved surfaces and more lifelike character animation, including more realistic facial expressions and hair.

Occupying the space of two slots, each of these GPUs use high-speed GDDR3 memory and are HDCP capable.

Nothing less than an Xtreme gaming Xperience, wouldn’t you say? That brings to mind another, just released campaign, the ‘XFX Xtreme Xperience’. Check out the site www.xfxxtremexperience.com for the latest updates and do not miss out on ‘your event of the year’.