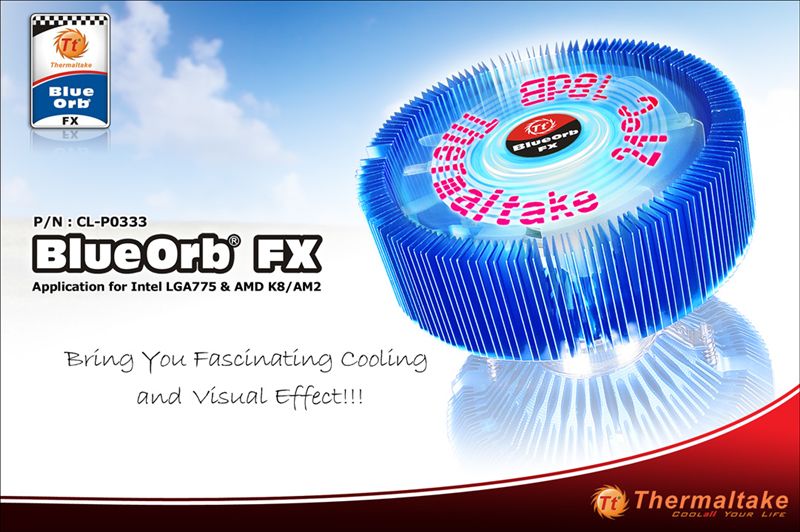 Based on the exceptional cooling capability of BlueOrb II, BlueOrb FX adds the special LED display function to show the current temperature of the fan and noise level around the fan. Oversized silent120mm blue LED fan not only provides ambient lighting that illuminates the inside of the chassis but also provides real time system status.

The patented radiant design not only cools the CPU but also helps to cool the surrounding VRM as well. The special crotched fin design allows BlueOrb FX to have a massive aluminum fin count of up to 140 fins which provides maximum heat dissipation.

In order to further improve on cooling the enthusiast system today, the BlueOrb FX fully supports Intel LGA 775, and all AMD AM2 CPUs.

BlueOrb FX is more than just a silent high performance cooler; it is also an excellent decoration to anyone’s PC.