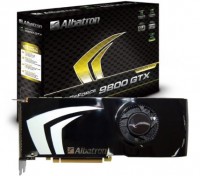 Albatron Technology has just announced its new enthusiast VGA, the 9800GTX-512X. This card is being released on the heels of its sibling dual-GPU 9800GX2 with all of the same high-performance NVIDIA features plus 3-way SLI capabilities. The 9800GTX-512X has one less GPU than its big brother (9800GX2) but it makes up for it with higher clock speeds and a trimmed down price. 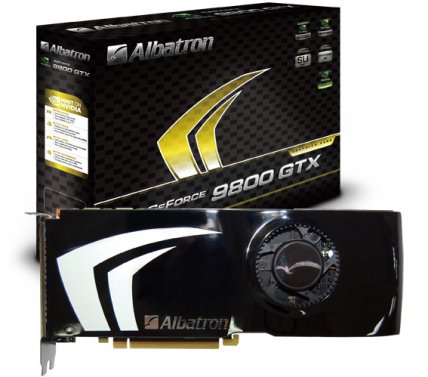 No way, 3-Way SLI? Yes Way!
We all know the benefits of dual VGA SLI configurations, but if you really want to blow away your friends, you can rig three of these cards together using NVIDIA®’s 3-way SLI technology. 3-way SLI configurations boasts at least 2.8 times more power than any single GPU system with the ability to tame even monster games like Crysis at 1920×1200 with all the advanced DirectX 10 effects such as motion blur, ambient occlusion, and soft shadows etc. Gaming Software companies know a good thing when they see one, and that is why the top 3D Games take advantage of NVIDIA’s SLI technologies.

Monitor and Power Supply Connectors
This card comes with an HDTV-out connector and two Dual-Link DVI connectors. This card is also HDMI compatible – the bundle contains a DVI-to-HDMI adapter and SPDIF cable for HDMI audio from the mainboard. This card contains two 6-pin power connectors and also has a 4-pin fan connector.

Albatron 9800GTX-512X – Best Single Core VGA Enthusiast Solution
The 9800GTX-512X boasts the best single-core GPU solution on the market. If a dual-core 9800GX2 solution is just out of your reach, this card becomes the next best option, especially with increased clock speeds and a more palatable price tag.

Specifications at a glance 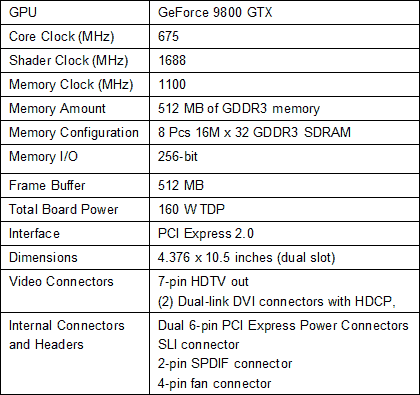