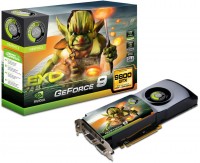 EINDHOVEN – April 9th 2008 – POINT OF VIEW, well known for its range of NVIDIA based Graphics cards, is launching today the overclocked version of one of the fastest single GPU graphics card on the market, the GeForce 9800 GTX EXO EDITION. 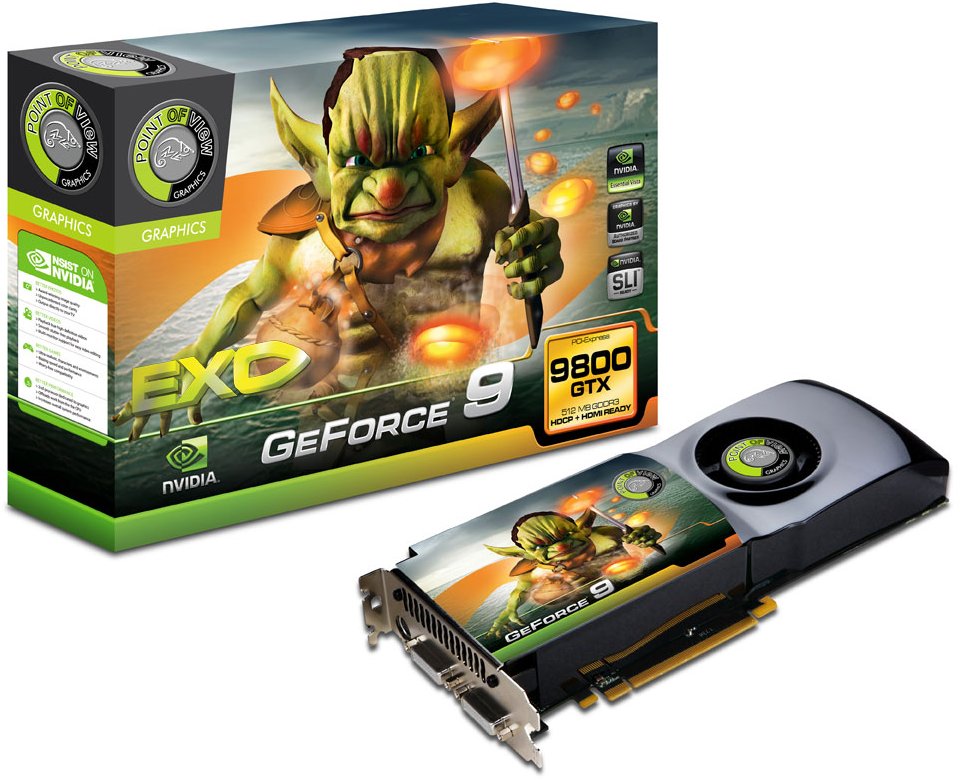 With the release of the GeForce 9800 GTX, it was immediately clear that this card is a serious competitor in delivering the best performance for gamers all over the world. And because too much performance is not enough, we’ve decided to give this monster a little kick-start!

The performance of the Point of View GeForce 9800 GTX EXO EDITION is pushed even further by increasing the core speed to 725 MHz, the shader processor speed to 1813 MHz and the memory speed to an insane speed of 2300 MHz! This gives you that edge you need without voiding any warranty, just 100% pure performance!

The 128 stream processors in the GPU are guaranteed to boost your system more than enough to play your favorite game on the highest resolution possible. Together with a great pricing level, the GeForce 9800 GTX EXO EDITION is definitely an interesting card for your gaming rig. Its 65nm GPU, a key element of the GeForce 9 series, has better power efficiency than previous versions and allows better clock speeds and performance. And if that’s not enough, the GeForce 9800 GTX EXO EDITION has support for both 2-way and 3-way SLI, for the ultimate gaming performance.

Last but not least: as grandma used to say: ‘with an elite graphics card, you need an elite game bundle’, and that’s exactly what we’ve done! Point of View is extremely proud to present to you the Special and Limited edition game bundle of ASSASSIN’S CREED!

Visit the “Where to Buy” section of our website for a sales point in your country or check with your retailer for availability.

Jerusalem, 1191 AD.
The Third Crusade is tearing the Holy Land apart. You are Altaïr, an elite Assassin sent to stop the hostilities by suppressing the powers on both the Crusader and Saracen sides. But as you carry out your missions, a conspiracy begins to unfold. You find yourself tangled up in a conflict that threatens not only the Holy Land, but the entire world.

The Assassin’s Creed Director’s cut edition will features four brand-new types of investigation, providing even more ways for players to explore the various locations of the Third Crusade. Without giving too much away about the storyline, the game has the following features:
next generation sculpted characters, objects and environment
balanced combination of self-paced explorations and fast-paced action
a historically accurate environment
a full, immersive and interactive world 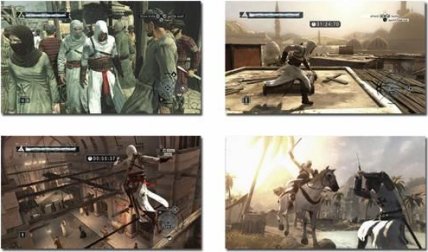 Assassin’s Creed is the prime example of next generation gaming. It’s the perfect game to display the possibilities and power of the GeForce graphics card series. Its extremely impressive graphics, most natural and intuitive control scheme and deep story line with mind-wobbling twists, Assassin’s Creed is an experience which shouldn’t be missed by any gamer!