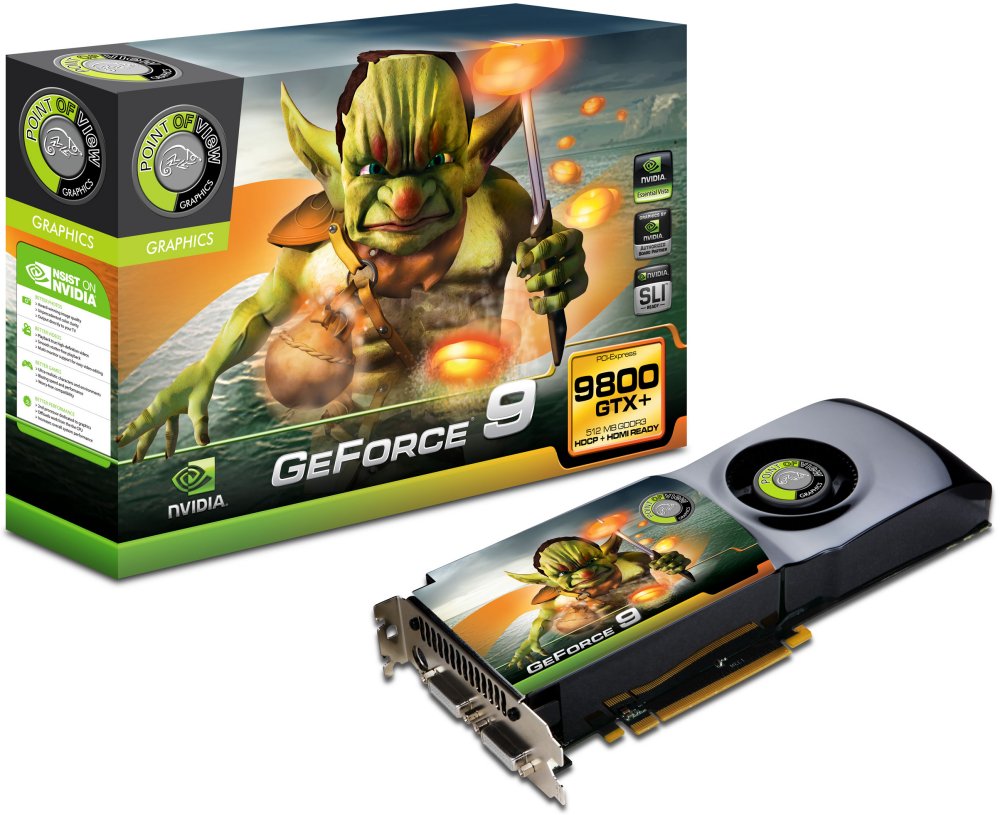 The GeForce 9800GTX+ has major improvements compared to its predecessor. The GPU has been down-sized to 55nm, which offering a major improvement to its power consumption efficiency, operating temperature and core speed. Its 512 MB DDR3 memory is running on 2200 MHz whilst the GPU core has a speed of 738 MHz. The speed of the internal processors has been increased with almost 250 MHz to an impressive speed of 1836 MHz.

Hardcore performance and perfect frame rates with Microsoft DirectX10 Shader model 4.0! Experience you favorite games in the highest resolutions and detail level with the brute force power of the GeForce 9800 GTX+! And if that’s not enough, the GeForce 9800 GTX+ has support for both 2-way and 3-way SLI, for the ultimate gaming performance.

This graphics card will be available this week. Visit the “Where to Buy” section of our website for a sales point in your country.