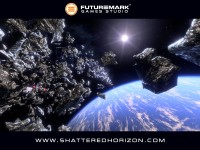 LEIPZIG GAMES CONVENTION, GERMANY – August 19th, 2008 – Futuremark® Games Studio today revealed Shattered Horizon™, a new game where players fight to survive in the aftermath of a catastrophic Moon mining accident that throws billions of tons of rocky debris into near-Earth space. In this multiplayer first-person shooter for PC teams of players experience realistic zero gravity combat surrounded by the broken remains of orbital infrastructure and the millions of asteroids now encircling the Earth. 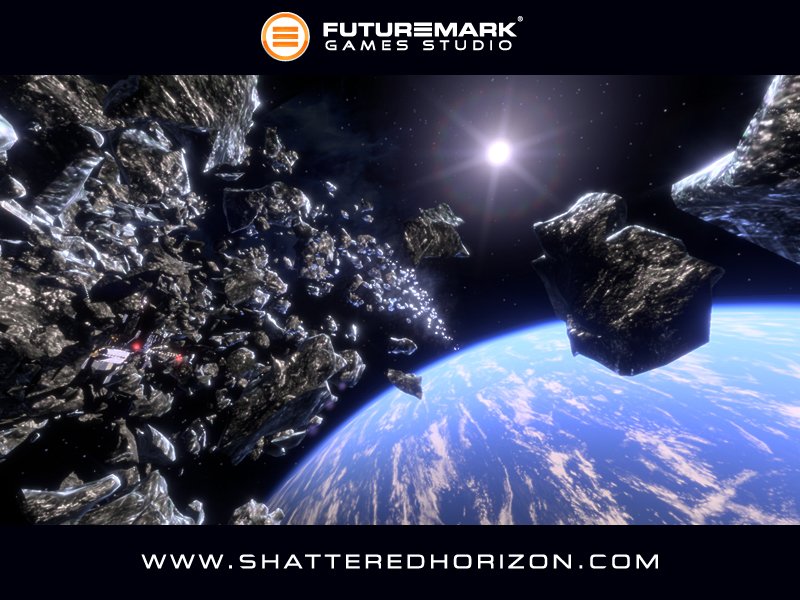 With simple and intuitive controls players have complete freedom of movement, making full use of the distinctive environment to control the battle. Shattered Horizon rewards players with gameplay and tactics impossible in games constrained by gravity.

Appealing to everyone who has ever dreamed of going into space Shattered Horizon puts the player in the spacesuit of a survivor from the Moon mining operation or one of the astronauts trapped on the battered International Space Station. With Earth surrounded by debris there’s little chance of rescue or return. Desperate battles are fought and control of limited supplies means the difference between survival and death in the cold of space. 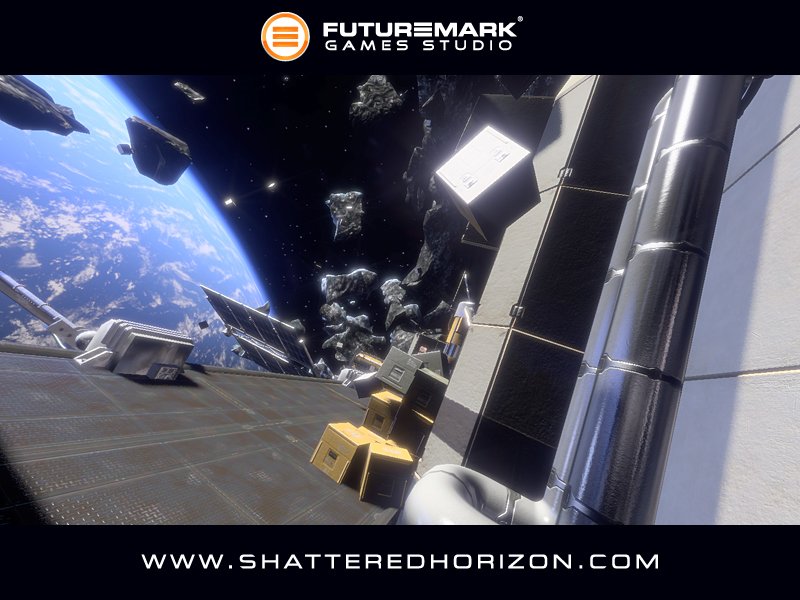 Jukka Mäkinen, Head of Futuremark Games Studio, said, “We are excited to reveal the first details of Shattered Horizon. Fans of 3DMark have been asking us to make a game for many years. We’re working hard to create something new, different and very, very fun.”

“In zero gravity the player is set free to play in new ways,” said Antti Summala, Lead Game Designer. “Complete freedom of movement and unique level design create an experience that is at once familiar to anyone who loves the FPS style and yet strikingly different to any game they’ve played before.”

Mikael Bowellan, Lead Artist for Shattered Horizon said, “Players will be awed by the epic sight of countless asteroids circling the Earth. Our stunning lighting effects create the look of real space for both the natural and man-made objects. We’ve taken existing concepts in weaponry, propulsion and spacesuit design to make the world of Shattered Horizon even more convincing and believable.”

The company says their intimate knowledge of the latest PC hardware allows them to tune the game’s engine to extract impressive visuals on a wide range of systems. While the game will showcase stunning graphics on high-end PCs, gamers need not spend a fortune to enjoy the unique gameplay.

The game has not yet been rated by ESRB, PEGI or other rating bodies. The official website is www.shatteredhorizon.com