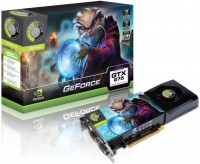 EINDHOVEN – April 2nd 2009 – POINT OF VIEW, well known for its range of NVIDIA based Graphics cards, is launching today the GeForce GTX275.

The GeForce GTX275 graphics card is part of the flagship GeForce 200 range, guaranteeing nothing but the best experience. The NVIDIA Unified Shader Architecture in the GeForce 200 Series graphics cards really cranks up your performance. Forget about jaggies and enjoy games ‘The way they’re meant to be played’. 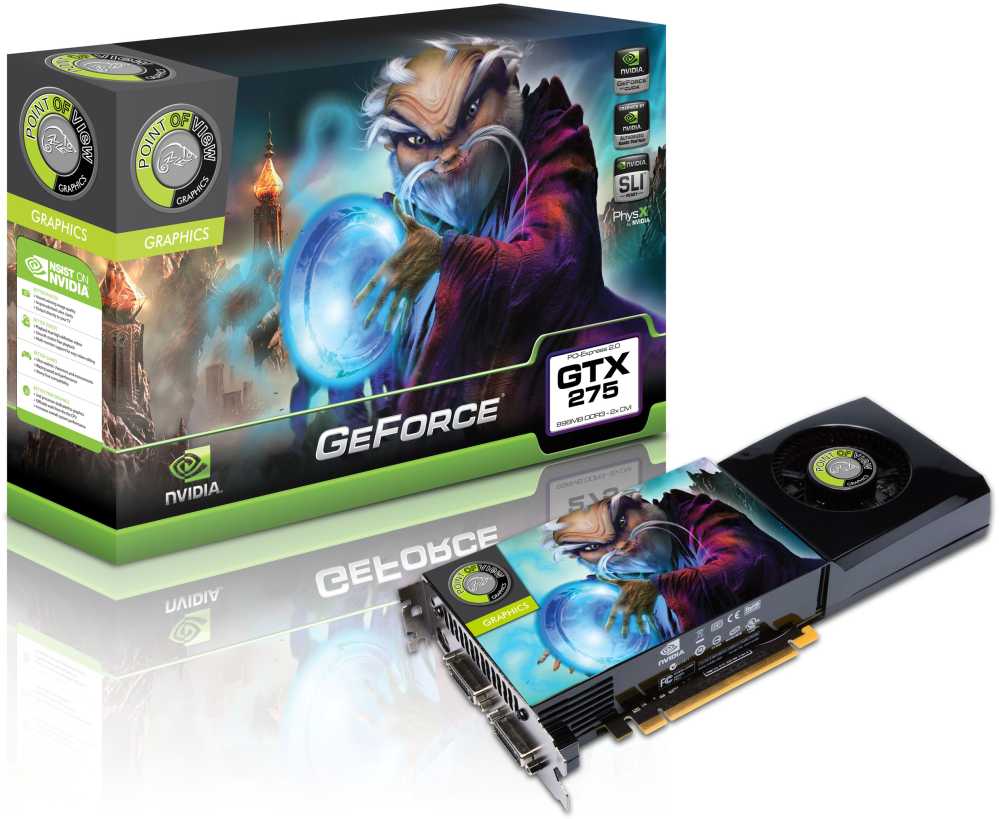 In case of the GeForce GTX 275, unleash the power of the 240 shader cores to maximize performance in Shader model 4.0 and/or PhysX accelerated games, OpenGL applications, high definition video decoding and other hardware accelerated software such as the Badaboom (video conversion software: trial included on the driver CD) and Photoshop CS4.

The Shader cores operate on 1404 MHz whilst the main 55nm GPU has a speed of 633 MHz. A solid 448-bit memory bus is being fuelled by 896 MB of DDR3 memory running on 2268 MHz. The double SLI connectors allow two or three cards to join forces in an SLI configuration. Add your performance at will!

Get an exciting, true-to-life gaming experience through the native Shader Model 4.0 and DirectX 10 support. Optimize your in-game performance and realism with NVIDIA’s PhysX technology and benefit from every hardware accelerated application through NVIDIA’s CUDA Technology.

This graphics card is equipped with two dual-link DVI ports to support double screens with each a resolutions up to 2560×1600. Also, through an optional HDMI adapter, connecting your PC to your TV is made really easy.

The GeForce GTX275 offers the best performance for the best price. Get this card from the 2nd of April at your Point of View retailer. Visit the “Where to Buy” section of our website for a sales point in your country.