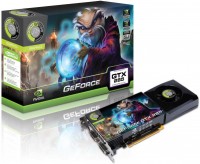 EINDHOVEN – April 23th 2009 – POINT OF VIEW, well known for its range of NVIDIA based Graphics cards, is launching today the updated version of one of the fastest among single GPU graphics cards; the GeForce GTX285. 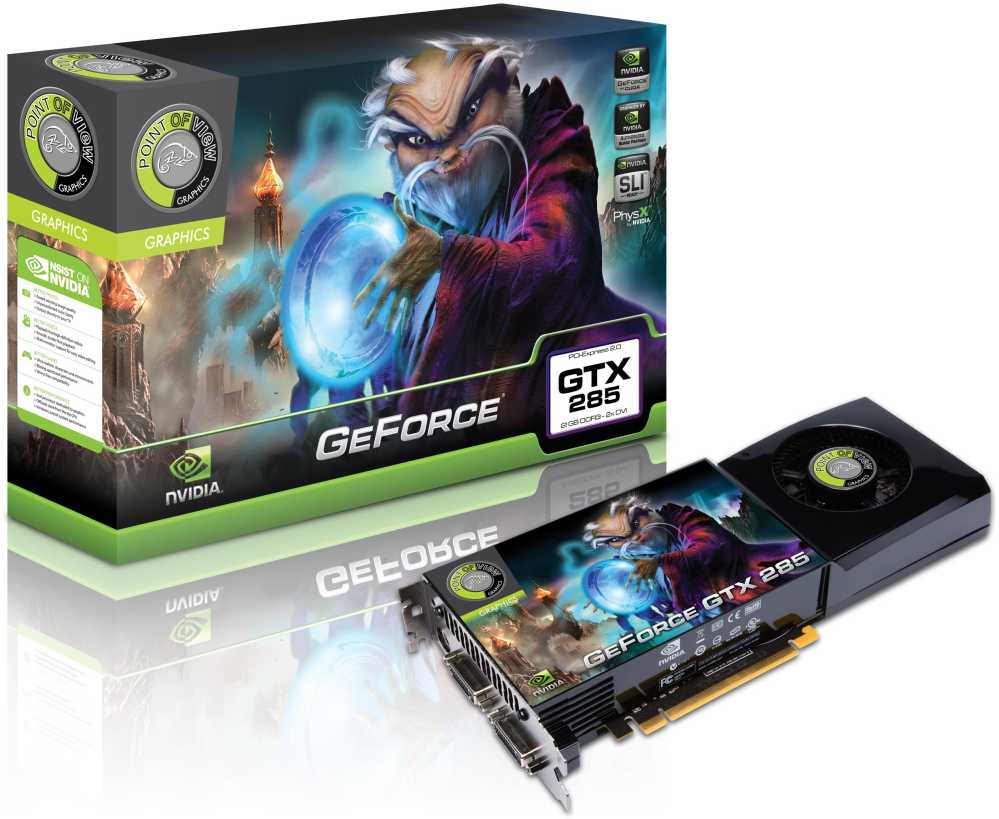 With displays becoming bigger and sharper, games becoming more advanced in both objects and texture details, memory is one of the key elements in maintaining a high and fluid gameplay. The GeForce GTX285 2 GB is the perfect combination of a hardcore performing GPU with the optimal amount of ultra fast memory. This model is dedicated to bring games on their knees.

Built on 55nm, this enthusiast product is guaranteed to run on better clockspeeds and have higher overclocking possibilities. The 240 parallel GPU cores take care of the 3-dimensional object rendering, physics and lighting effects and all other calculations like nothing before.

The GPU itself runs on 648 MHz and has a Shader clock of 1476 MHz. Furthermore there is 1024MB of DDR3 on board with is running through a 512 bit memory bus at a massive speed of 2322 MHz. Also this one supports SLI with up to three graphics cards, which will offer even more performance.

Double dual Link DVI port let you connect up to two screens with resolutions up to 2560×1600. Also there’s a DVI to HDMI adapter included to easily connect your computer to your TV with 1080p signal!

Like all other graphics cards in the GeForce 200 Series, this card has native support for DirectX 10 and Shader model 4.0 and the innovating technologies NVIDIA PhysX and CUDA.