This BLU drive is designed in the likeness of an emperor penguin with exacting detail, and is made of non-toxic silicone rubber. This drive is completely free of PVC, lead and mercury. Every purchase of a penguin drive benefits World Wildlife Fund. Under its licensing agreement with WWF AMP develops and sells a series of portable USB flash drives in the likeness of endangered species, which now includes penguin, panda and polar bear drives, and contributes five percent of the retail price of this product line to WWF. 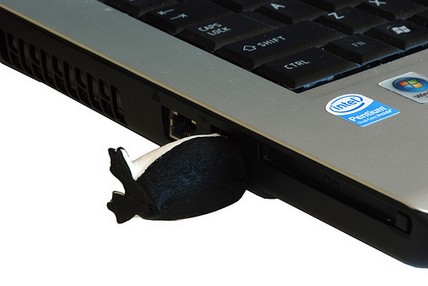 WWF Penguin BLU drives are offered in up to 16GB capacities. Ubuntu is a community developed, Linux-based operating system that is perfect for laptops, desktops and servers. The Ubuntu operating system occupies about 700MB of the drive, so there is still plenty of usable storage space for carrying photos, music and other data.

„These bootable Linux USB drives are handy for users who need flexibility in an O/S, and will be an invaluable tool for disaster recovery and system maintenance.“ WWF penguin BLU drives are available today through Amazon and AVC Distributor.