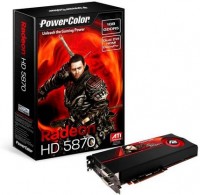 Taipei, Taiwan –September 23, 2009 – TUL Corporation, a leading manufacturer of AMD graphics cards, today introduces the next generation of video cards: the HD5800 series. Equipped with the first and only GPU to support Microsoft DirectX® 11, the HD5800 will provide the ultimate gaming and Windows 7® experience. 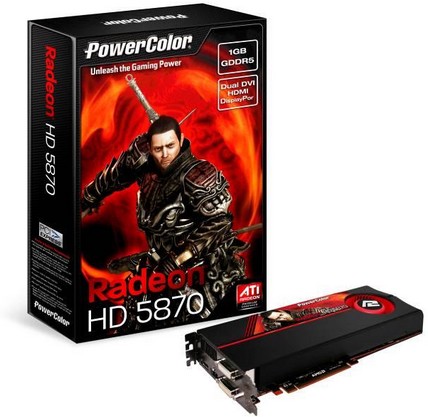 The HD5800 series also supports ATI’s exclusive Eyefinity technology. Eyefinity maximizes your field of view across up to three displays; with dual DL-DVI / HDMI / Display Port onboard design, gamers can easily get lost in the action. Compatible with ATI Stream technology, users will be able to transcode videos from their PC’s to mobile media player in less time and with minimal effort.

PowerColor’s HD5800 series will include the HD5870 and HD5850. The HD5870 has an unparalleled 1600 stream processors, clocks in at 850MHz core speed and 1200MHz of memory speed; accelerating your PC with nearly 3 teraFLOPs of computing power. The HD5850, with its 1440 stream processors, 725MHz and 1000MHz GPU and memory clock speeds, respectively, is loaded with the latest features and technology for immersive computing.

“It would be an understatement to say we are excited to bring the next generation of ATI technology to consumers. The PowerColor HD5000 series has the most advanced graphics processors yet,” says Ted Chen, CEO of TUL Corporation. “We are also looking to provide more value to the consumer which is why we are bundling this next generation series of cards with one of the most popular games in the market today along with KONNET HDMI cables.” 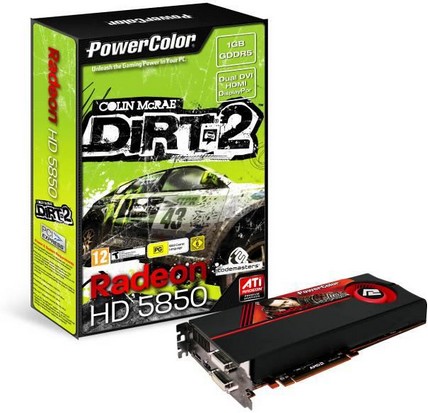 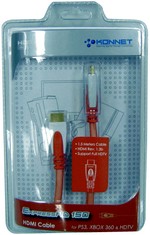 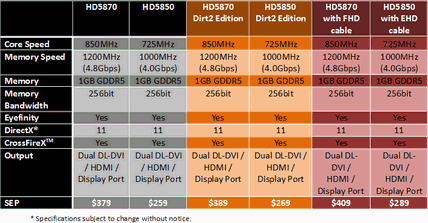