Anzeige
“THIS IS IT!” Long anticipated Gainward flagship finally unveils its mask. Massive die-cast alludes its potent
power lying beneath it. The GeForce GTX 480 – a tribute to world enthusiastic PC gamers, thrust by
revolutionary Fermi-architecture GPU (codename: GF100), with stunning realism thanks to NVIDIA PhysX &
CUDA parallel computing engines implanted into gaming graphics. It is technically the world fastest
DirectX11 future-proof graphics card, adopting Hollywood-grade rendering techniques – tessellation &
ray-tracing, generating too-good-to-be-true geometric realism, pumping level of detail up to film-like Extreme
High-Definition (XHD) image quality. What’s more, “3D Vision Surround” is now supported with GF100
GPUs in SLI configuration. With wireless shutter glasses, the technology takes 3D gaming to another
dimension by delivering near-realistic IMAX illusions across 3 monitors in full stereoscopic 3D. Not only the
characters coming live right in front of you and debris from explosions passing by your eyebrows may scare
you! The scenes are so immersive, like you’ve been sucked into the gaming warp. This is the way you reach
gaming nirvana! It’s simply beyond your senses. 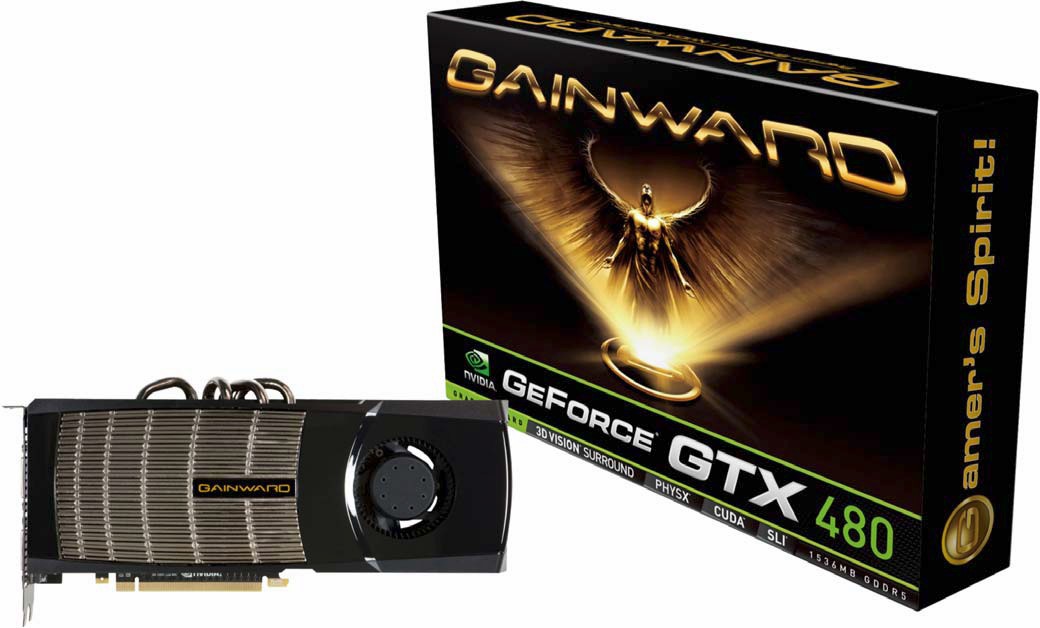 2010 is arguably the first year of 3D entertainment since James Cameron’s film – Avatar, brought us to
Pandora for an epic adventure. Can’t wait to fly again with Neytiri! Now, March 26th, 2010, this is a day to
remember in history of gaming. Gainward dark angel grants your wishes with a key – GeForce GTX 480 to
open Pandora’s box. You’ve been warned! The cinematic 3D experiences can be addicted. There is no
remedy, but to play the games over and over again!

What are you waiting for! Order NOW a pair of Gainward GeForce GTX 480s at the shop nearest you. To
show off your most powerful rigs ever to your pals, and enjoy their envies! Oh, what a day!!! 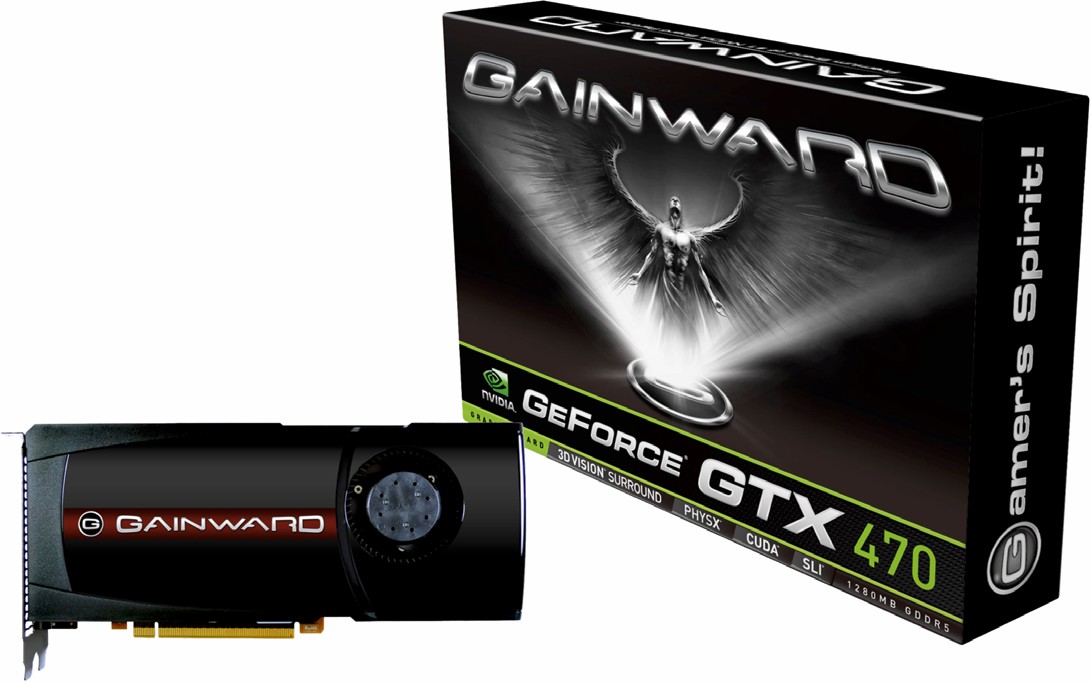 Free Applications bundles: See it, Play it, Love it! 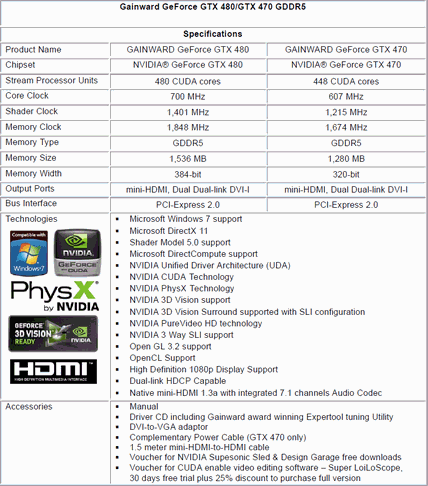