Taipei, Taiwan, Aug 4, 2010 – After launching the WinFast® GTX 460 768MB in July, Leadtek Research Inc., known globally for its extreme visual graphics technology development, offers the new Overclocked version of WinFast® GTX 460 1024MB graphics card for enthusiasts seeking an increase in the performance of their computers. Based on NVIDIA® GeForce® 104 GPU and 336 cores, the new version features a core clock speed of up to 725MHz and its memory clock (memory bandwidth) reaches up to 1800 (3600) MHz. 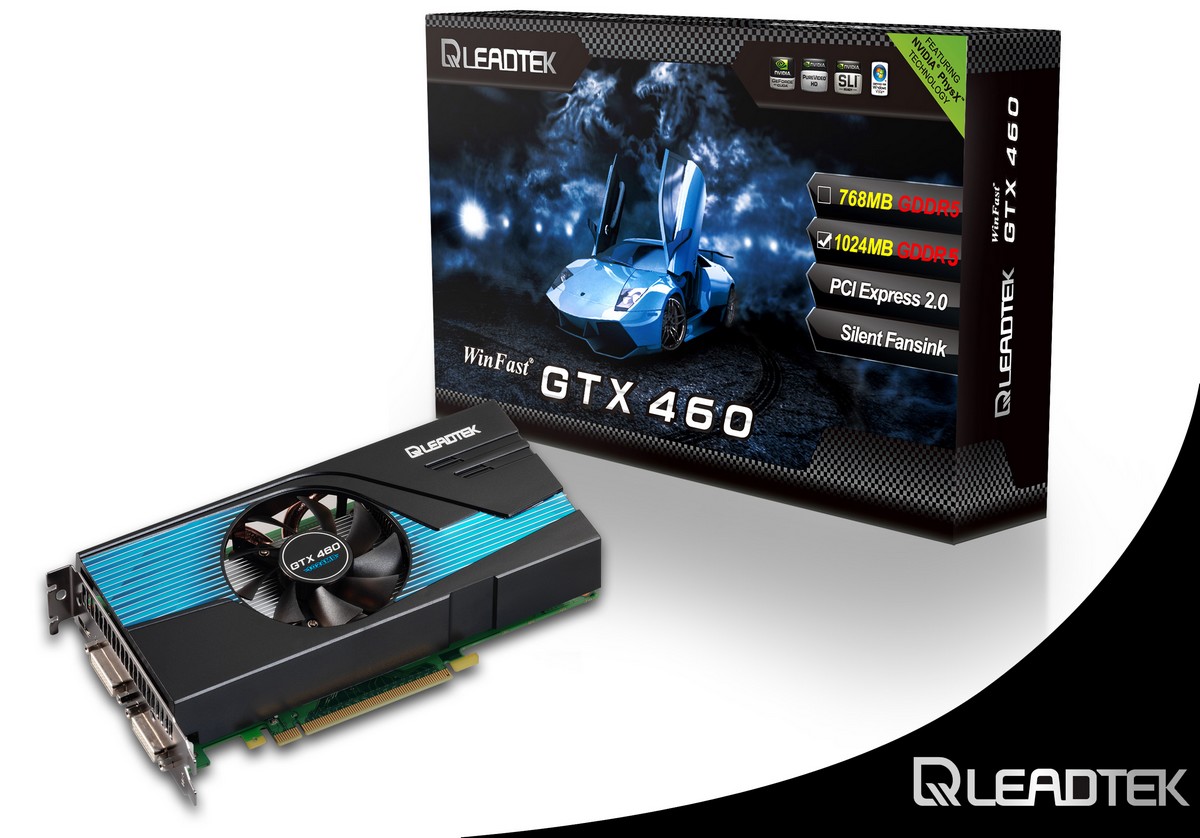 When overclocked, the card shows great promise and compares more favorably to the WinFast®GTX 465. According to executing the 3DMark Vantage performance test in laboratory, WinFast® GTX 460 1024MB Overclocked has raised 30% 3D performance under specific games. But the speed benefits are accompanied by high levels of heat generated by the card, which can make systems very noisy. This new version has two 8mm copper heat pipes and a copper base to dissipate heat from the back of the card for quicker cooling, which can lower temperature quickly. The special durable cooling design not only creates a dramatic cool-down effect, but also maintains low noise, ensuring top cooling efficiency and silence in the system.