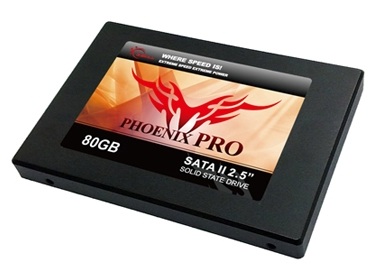 Based on the popular SandForce SF-1200 SSD controller that has been tuned to deliver an unparalleled performance in 4k random write speed up to 50,000 IOPS, G.Skill’s Phoenix pro SSD family has been the international award winning drive of choice since its recent debut at Computex 2010.

All G.Skill Phoenix series SSD solutions come with a three year warranty and the G.Skill Technical team is always ready to provide consumers with complete technical support via online forums, telephone and email.