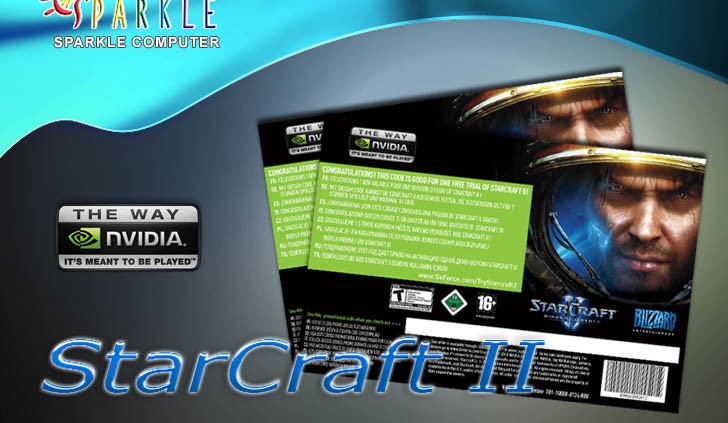 Featuring a unique single-player campaign that picks up where StarCraft: Brood War left off, StarCraft II will present a cast of new heroes and familiar faces in an edgy sci-fi story filled with adventure and intrigue. In addition, Blizzard Entertainment will again offer unparalleled online play through Battle.net, the company’s world-renowned gaming service, with several enhancements and new features to make StarCraft II the ultimate competitive real-time strategy game.

The promotion time is from now until deadline. The promotion is only available to end users who buy SPARKLE products listed above. Offer may not be substituted, exchanged, sold or redeemed for cash or other goods or services. May not be combined with any other offer, Game Time card, rebate or discount coupon. Limit one offer per person per transaction.