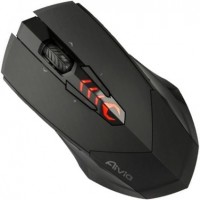 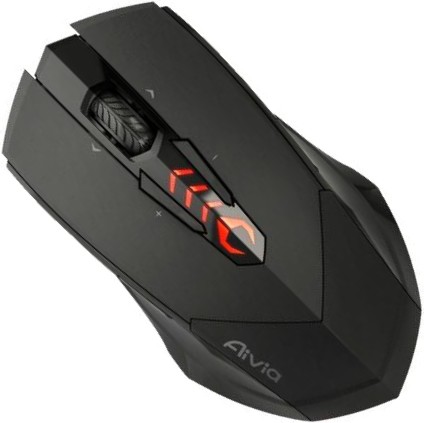 Aivia – Advanced, Intuitive, and Versatile Interface Archetype
Adding to the already popular gaming device, GIGABYTE first announced its brand new Aivia product line at 2010 Computex. Aivia, an integrated acronymic word, is derived from its key features – advanced, intuitive, and versatile interface archetype. The series is to emphasize the combination of the subconscious, design and function as well as the pursuit of archetype. GIGABYTE believes each mouse and keyboard are the scrupulous work of mankind’s brainpower. Aivia is not only an extension to the human intellect, but also an intuitive extension to the use of artificial intelligence. For that reason, Aivia can also be interpreted as the AI via GIGABYTE.

Multi-functional Charging Dock
Aivia M8600 Wireless Macro Gaming Mouse comes with an instant charging dock, served as mouse and Li-ion battery charger as well as wireless receiver unit. This device helps you enjoy gaming with wireless transmission speed at 1000Hz polling rate. The powerful wireless reception ensures no signal is lost that every single move made by the mouse is read during game playing.

GHOST™ Macro Engine Technology
When Aivia M8600 Wireless Macro Gaming Mouse is connected to its complimentary wire, it is able to edit GIGABYTE’s GHOST™ Macro Engine. GHOST™ Macro Engine is an incredible macro editing software for the memorized macros to be carried around even if the mouse is connected to a different computer. 32KB onboard memory enables up to 5 programmable profile settings. The engine features critically acclaimed easy-to-use drag-and-drop operating system, DPI switching, tilt-wheel speed adjustment, and customizable color hues as profile indicators.