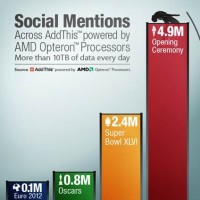 LONDON – July 31, 2012 – With an estimated 4.95 million shares, the 2012 Olympic opening ceremonies became the biggest social sharing activity on record for a sports or entertainment event, surpassing the previous record set during Super Bowl XLVI by 106 percent based on data from AddThis, the world’s largest social sharing platform used by over 14 million web domains and reaching 1.3 billion users each month. AddThis provides the sharing platform that is found next to most online content enabling people to post or link back through all of the most popular social media sites. The company uses 1,000 servers powered by AMD Opteron™ processors to manage the high volume of web traffic and data. 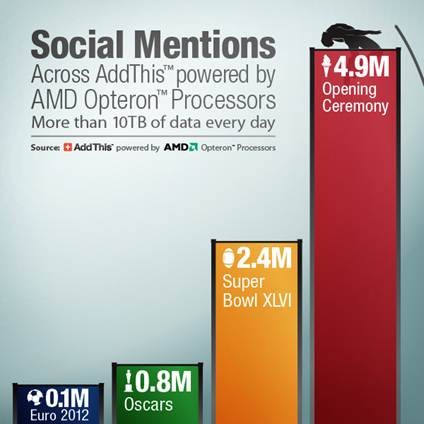