BORN TO BE FAST!

TAIPEI, TAIWAN, August 17, 2012 – Global top3 motherboard manufacturer, ASRock Inc., today excited to release its first OC-oriented mobo gear named Z77 OC Formula. Exclusively designed by the world’s OC legacy performer, Nick Shih, this board aims at the enthusiast end of the market, is full to the brim with features. This celebrity board opens up overclocking possibilities and delivers control opportunities in every way, featuring the most detailed and considerate design of any overclocking motherboard.

Commenting on the news release, James Lee, V.P. of ASRock Sales and Marketing, is with confidence. “ASRock OC Formula was born for rewriting the overclocking numbers! Z77 OC Formula is the first baby from ASRock OC segment. We’ve thrown in everything essential, ensuring users to build up an unbeatable rig.”

“My vision for the OC Formula Brand is to allow overclockers to smash the overclocking limits effortlessly.” said Nick Shih, OC Mater of ASRock. “Z77 OC Formula is just the one you’ve always expected. I live for challenges and welcome OC rockers to take my OC crown!” 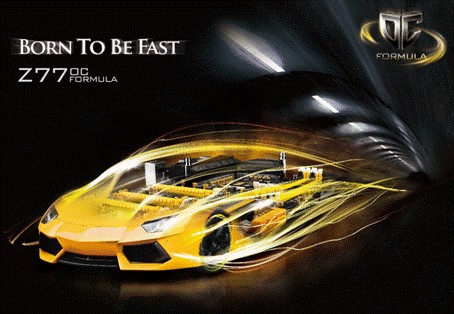 What’s the essence of overclocking? Hardware components are incredibly the most important. ASRock OC Formula is a brand that contains the very highest performing boards with a view to getting the highest results in overclocking. There’re plenty of attractive sweeteners to make the newborn Z77 OC Formula a more enticing upgrade. 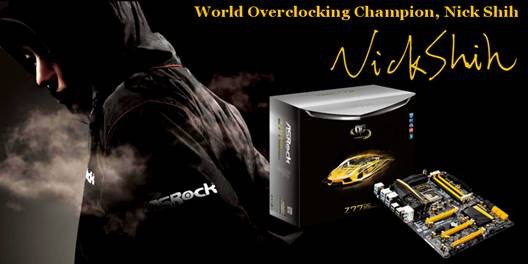 ASRock 3 Formula Kits To Formulize The OC World
Z77 OC Formula has a CEB format, making it a rather large board, replete with 3 different useful kits that are ready for extreme overclocking. 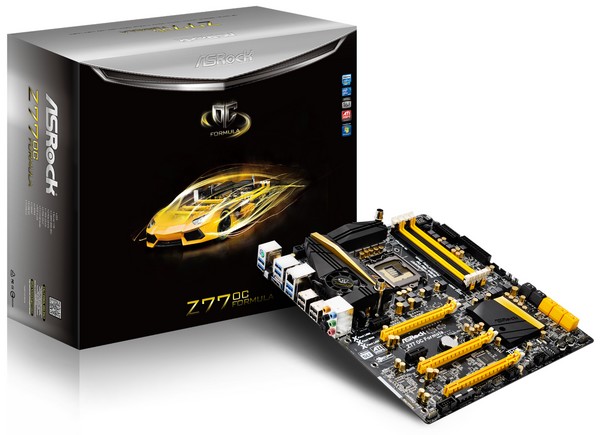 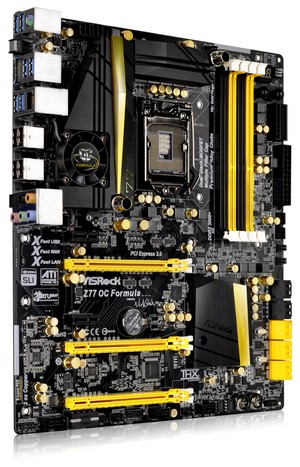 Apart from the features above-mentioned, there’re some overclocking credentials on board as well. Rapid OC button ensures serious OC enthusiasts to get the highest level of overclocking performance by manually raising and lowering the CPU ratio, BCLK frequency and CPU Vcore voltage. For those who constantly need to remove then insert cards back into the PCIe slots and fear of damaging them, PCIe ON/OFF is three switches to enable or disable the PCIe slots in a flick of your finger. V-Probe allows overclockers to easily and quickly get the accurate voltage readings via the multitester.

NEW UEFI GEARS
As important as hardware components are, an enthusiast’s board lives or dies by the quality of its overclocking options in the BIOS, and how easy they are to use. ASRock Z77 OC Formula comes with a good set of overclocking settings in the UEFI, making it an attractive proposition as well.

NickShih’s OC Profile provides a taste of Nick’s secret recipe for overclocking. It will automatically detect your CPU and offer you different levels of overclocking. Fine-Tuning V-Controller delivers more than enough voltage configuration options for overclockers who wish to pursuit extremes. Timing Configurator is a fast and easy tool that provides users with an abundant collection of subtle DRAM settings for professional tweaking. ASRock Interactive UEFI is a blend of system configuration tools, cool sound effects and stunning visuals, providing a more attractive interface and a lot more amusing. Multi-Thermal Sensor allows users to track and control the temperature of various parts of the motherboard graphically in both UEFI setup and Formula Drive.

ASRock’s signature AXTU was renamed to Formula Drive with a new dress. It is an all-in-one software to fine-tune different features, which includes Hardware Monitor, FAN-Tastic Tuning, Overclocking, OC DNA, IES, XFast RAM and Multi-Thermal Sensor. Special mention here is the innovative FAN-Tastic Tuning. It offers the flexibility to adjust the fan speed relative to the system temperature.

ASRock Z77 OC Formula redefines the modern day overclocking experience with expert hardware options and superior software tunings. ASRock OC Formula Brand represents the highest level of overclocking, offering the most desirable specifications and delivering the peak performance of PC. Don’t miss out Z77 OC Formula; you’d have to be crazy not to get one!