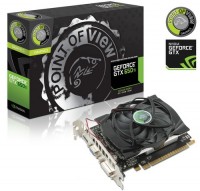 As other GeForce GTX 600 graphics cards, the GPU is built on the next generation streaming multiprocessor SMX technology which drastically improves performance. The chip is produced on a 28 nm die-size – allowing higher clock speeds and is twice as power efficient as its GeForce GTX 550 predecessor. The GeForce GTX 650 Ti is running on 928 MHz and works with DDR5 memory running on 5400 MHz. The GPU itself is split up into 768 CUDA cores for parallel processing of graphics calculations. 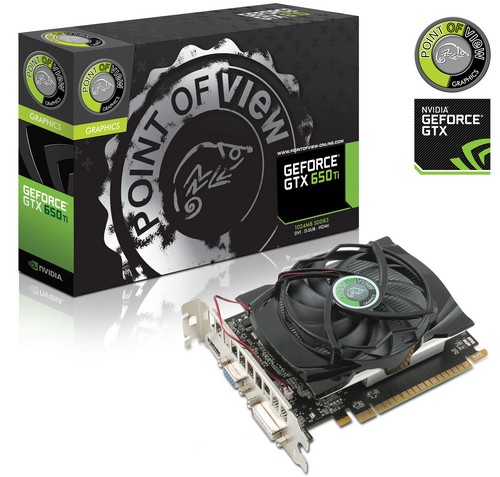 The GeForce® GTX 650 Ti is a DirectX 11 and shader model 5.0 supporting graphics card with of course existing NVIDIA features such as NVIDIA 3-way SLI® Technology, PhysX®, PureVideo® HD and CUDA™ being present!

Being a member of the infamous GeForce 600 family, the card also has NV only features such as Adaptive vSync and anti-aliasing technology FXAA. This design prides itself with an increased energy efficiency and better power management system. Thus a cooler and more stable card with higher clocks!

Join Connor in liberating his people and find out the darkest secrets of the assassins brotherhood and the Templars!

The game will be downloadable from its official PC launch date of November 23rd by entering the code at:
www.geforce.com/freeassassinscreed3 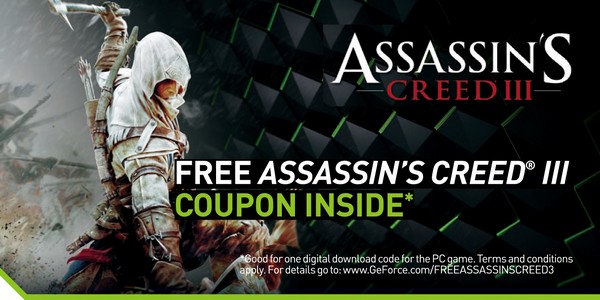 “The year is 1775. The American colonies are about to revolt. You are Connor, an assassin who has sworn to secure liberty for his people and his nation. To do so, you will hunt your enemies across a staggeringly large, open, and realistic world. You will unleash your lethal skills in a violent quest that will take you from chaotic city streets to blood-soaked battlefields in the hostile American wilderness and beyond. You will meet legendary heroes of American history, and together you will conspire to annihilate those who threaten Liberty itself.”

This bundle has a limited availability so get it while it lasts!

Without any doubt, this may be the best deal in upgrading your old graphics card. Besides, with all OTHER great games coming this season, you’d better be prepared! The GeForce GTX 650 Ti is available immediately, so contact your POV retailer for more information or visit the “Where to Buy” section of our website.

So without further delay, let’s have a look at the specs of the GeForce® GTX 650 Ti: