Taipei / Ratingen, October 16th 2012 – ASUS, a global leader in the new digital era, today announces PadFone™ 2. Building upon the successful PadFone combination of an Android smartphone and dockable tablet for incredible mobile flexibility, PadFone 2 consists of a higher specification quad-core, LTE-equipped smartphone and a completely redesigned tablet. ASUS Chairman Jonney Shih unveiled PadFone 2 in front of the world’s media at a press conference in Milan, Italy. “Our relentless drive to innovate through our ‘Design Thinking’ philosophy has empowered us to create PadFone 2. It’s beautiful, it’s fast and, best of all, it’s intuitive,” said Mr. Shih.

PadFone 2 is a fully featured 4.7” Android™ smartphone with industry-leading specifications that docks with the unique PadFone 2 Station to become a lightweight, but fully featured, 10.1” tablet. Apps are seamlessly optimized on-the-fly to support both tablet and phone modes, with an instant transition between smartphone and tablet screen sizes. 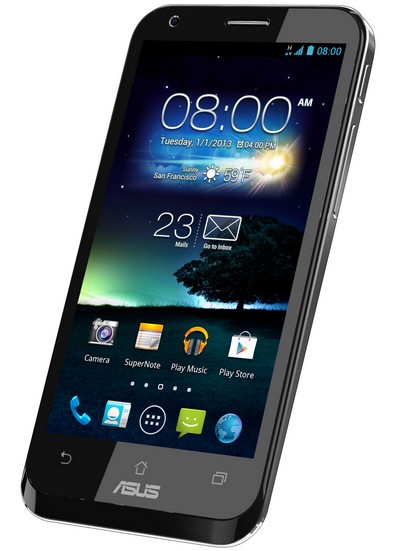 Enlarge and charge
ASUS’ world-renowned ‘Design Thinking’ philosophy has significantly reduced PadFone 2 Station’s thickness and weight. At just 649g, the combined weight of both PadFone 2 and PadFone 2 Station is now lighter than most tablets on the market, and the dock mechanism has been redesigned to require just one swift step to use. PadFone 2 has also been subtly refined to increase its screen size to 4.7”, while reducing its thickness and weight to just 9mm at its thickest point and 135g, respectively. 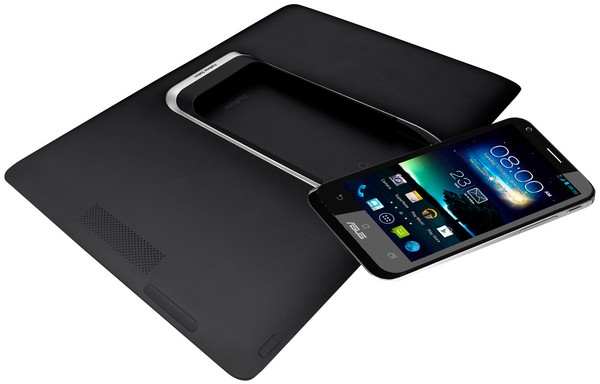 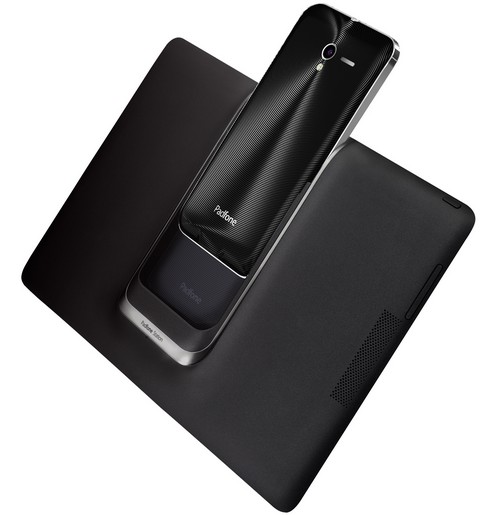 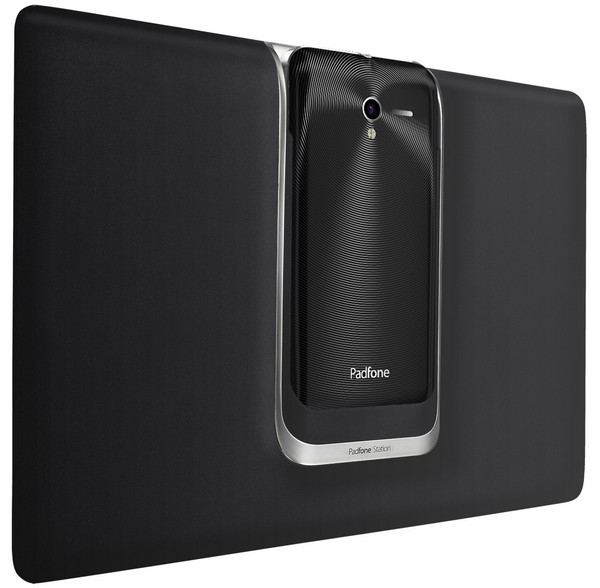 A new 13-megapixel high-performance camera captures incredibly detailed images with no shutter lag. Burst mode can capture up to 100 shots at a blisteringly quick six shots per second, while simultaneously recording 1080p HD video at 30fps, or 720p HD video at 60fps. Low-light performance is also enhanced by the wide f/2.4 aperture and a dedicated image signal processor. Both PadFone 2 and PadFone 2 Station feature superlative sound quality too, thanks to ASUS SonicMaster technology and audio tuning by Waves, recipient of a Technical GRAMMY Award®.

Easy to share, easy to save
With capacities up to 64GB and 50GB of ASUS WebStorage provided free for two years, PadFone 2 offers endless possibilities for storing data. Data syncing between devices is also a thing of the past, since PadFone 2 storage is used by PadFone 2 Station when the two are connected, while NFC allows users to share webpages, Contacts and user recommendations from Play Store with others. Shared mobile data connectivity between smartphone and tablet also means just one data plan is needed for both devices, while support for up to 42Mbit/s DC-HSPA+ and 100Mbit/s LTE delivers super-fast web browsing and downloads.

User-friendly enhancements
PadFone 2 also features a new version of the SuperNote app that instantly converts handwritten notes made in multiple languages into editable text. Its Instant Translation tool also translates any word, phrase or sentence in an email, web page or app at a touch, without the need for a third-party translation tool.

Availability
PadFone 2 will be launched before the end of December in Europe (Bulgaria, Estonia, Finland, Germany, Hungary, Italy, Poland, Portugal, Romania, Spain, and Sweden) and Asia (Hong Kong, India, Japan, Malaysia, Singapore, Taiwan, Thailand, and U.A.E). Availability in other countries will be announced at a later date.