Earlier in 2012, Point of View released the ProTab 25 – 7” Android Ice Cream Sandwich tablet with capacitive touch screen and Cortex A8 CPU. High on value, low on price! Now, about 5 months after its release, the ProTab 25 will be upgraded to the latest version of the Google Android operating system: Android 4.1, also known as Jelly Bean.

This all-new operating system is all about performance, responsiveness and adding improvements to the UI of Android. When implemented correctly, especially devices with limited specs can benefit from the numerous enhancements that Android 4.1 Jelly Bean brings.
With first testing, the ProTab 25 felt much more responsive than before and showed absolutely no signs of jittering or lagging. 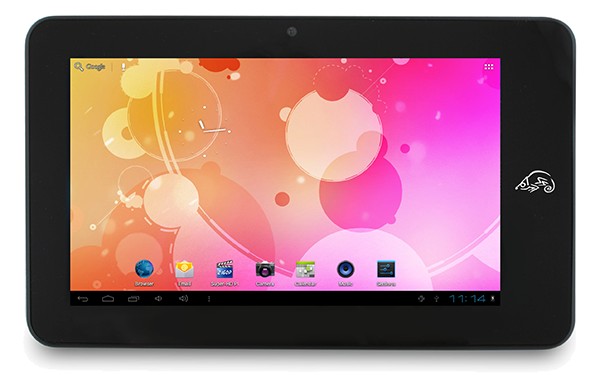 A quick re-cap on the ProTab 25: it’s equipped with a 1.0 GHz Cortex A8 CPU, which ensures enough raw processing performance. The system memory is 512 MB DDR3 and furthermore there is 4GB of flash storage memory. Like most Android devices, there’s also an option to insert a microSD memory card to boost the storage capacity up to 32 GB.

One of the main points of interest of the ProTab 25 is the capacitive 5-point multi-touch display. Capacitive touch screens are known for their features such as pinch zoom and multi finger gestures. The navigation feels smooth and snappy!

Adding all the pros together, the best part is actually the price. With a recommended price of 99 Euro in retail shops, the ProTab 25 is ideal for your kids to play their games on. Would you like a small, light and fast device to check the web, email or Facebook in the living room or bed room? Or do you like cooking and want to read the recipes in the kitchen? The ProTab 25 is the perfect Android 4.0 tablet for you!

Got the taste of Jelly Bean? Now you can have it! The ProTab 25 with Android 4.1 will be available this week at Point of View retailers. Should you already own this device or the stock at your shop is still working with Android 4.0, the update and the upgrade instructions are available through the following link: pointofview-online.com/protab25upgrade

Point of View is also working on the JB update for other models so stay tuned!