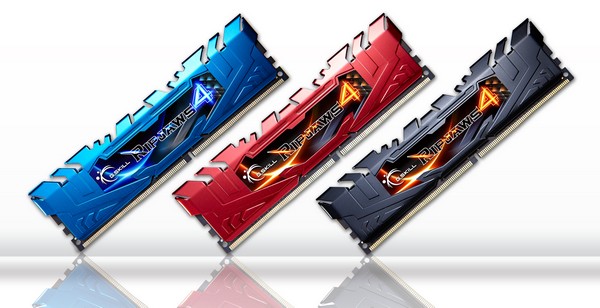 All-New Designed Heatspreaders Available in 3 Colors
As the 4th evolution of the Ripjaws series, Ripjaws 4 is outfitted with an all-new designed heatspreader. Available in Red, Blue, and Black! And don’t worry; Ripjaws 4 has a module height of 40mm – the same height as previous Ripjaws family modules – and will be compatible with most CPU heatsinks!