Dial in the win! 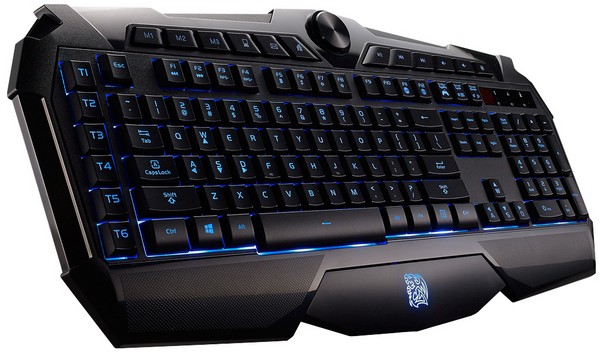 3 color backlighting, with fine brightness adjustment & macro functions and key switching
The CHALLENGER Prime features a special LED backlighting system with blue, red, and purple backligting colors. The lighting is then further fine tuneable for brightness, via the dial found in the top center of the keyboard. Alongside the top and left side of the keyboard, a multitude of keys are visible. On the far left are the 6 dedicated macro keys and next to them on the top lleft are the dedicated profile switch keys (M1, M2, M3); the Num Lock, Caps Lock, and Scroll Lock notification lights will also flash to indicate when you’ve switched to profile one, two, or three, respectively. After that are the shortcut keys and multimedia keys which allow you to control your media player while in-game. The function keys are also plentiul. F1-F4 also double as keys to adjust repeat rate and poll rate. F5-F8 have further shortcut keys and navigation keys. Finishing it off, are the brightness adjustment keys, Game Mode / Normal mode switch key, backlighitng on/off key, and key to change colors. Built-in onboard memory will store macros, lighting mode, and lighting color for each profile. 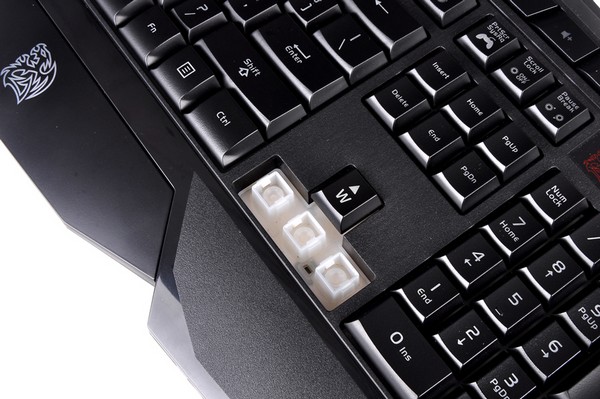 Anti-spill design
In addition to the already plentiful feature set mentioned above, the CHALLENGER Prime has the ability, through the included software, to re-map keys. Any of the regular keyboard keys (sans the top profile keys, shortcut keys, and multimedia keys) can be remapped to function as another key. The re-mapping will only be active when switched to Game Mode, and once switched back to Normal Mode, the CHALLENGER Prime’s keys will function like a regular keyboard. The WASD keys and arrow keys can be switched in function as well. Rounding out the features, is the anti-spill design. The CHALLENGER Prime comes with drainage holes at designated areas in the keyboard frame to help avoid accidents due to spills. 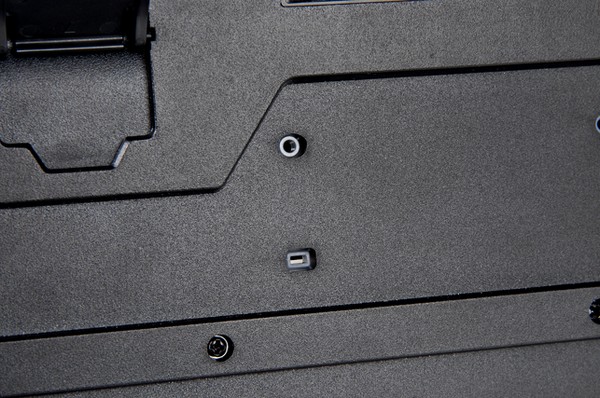 The New Tt eSPORTS CHALLENGER Prime gaming keyboard with a MSRP of USD29.99