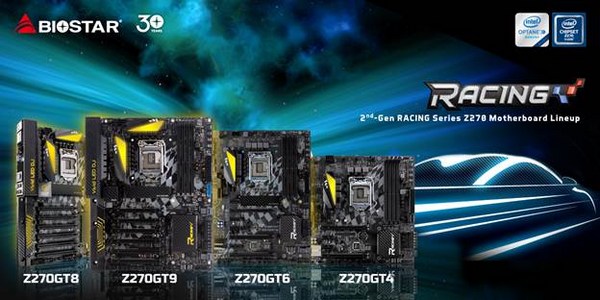 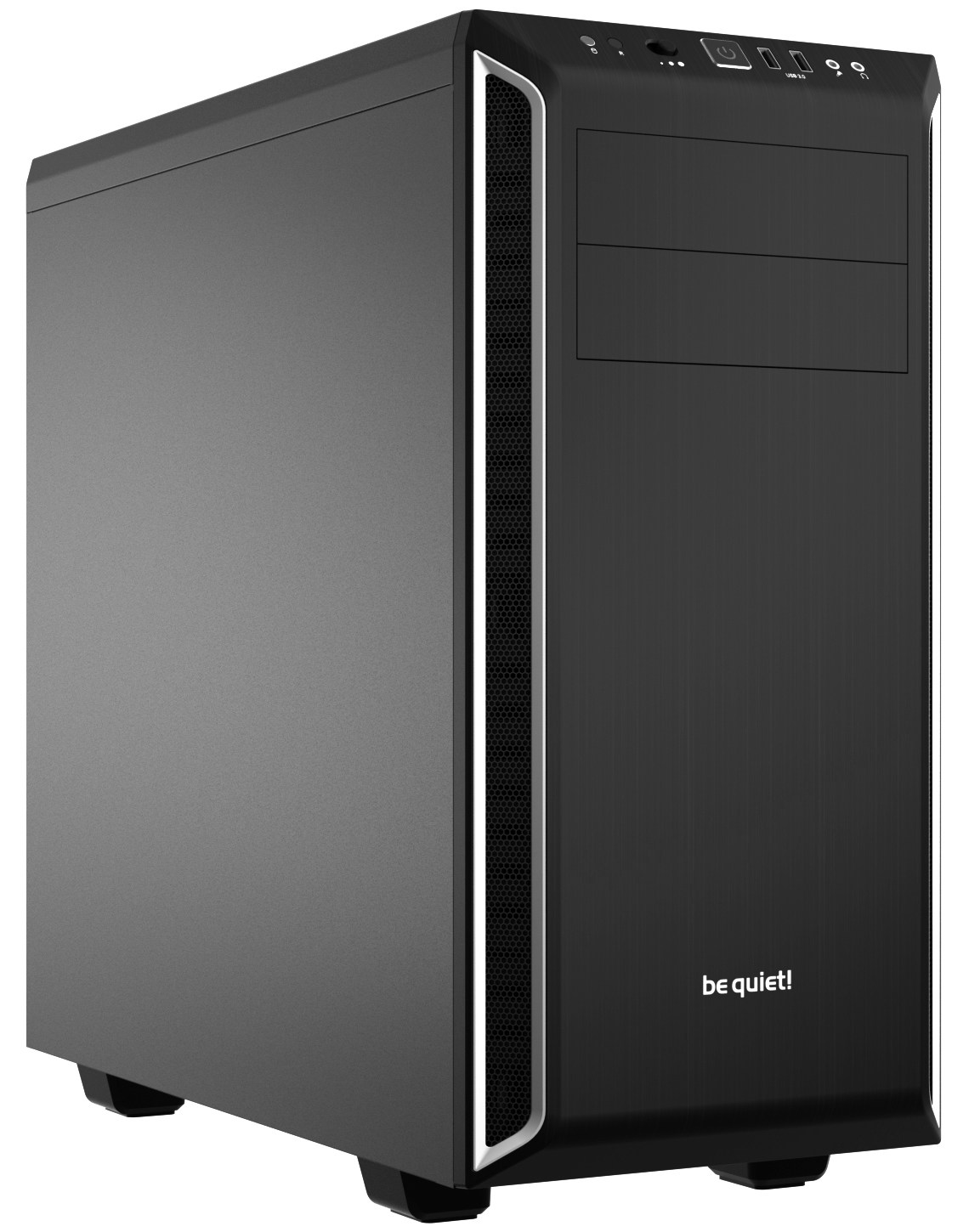 Standing at the top of the BIOSTAR’s RACING series product stack is the flagship RACING Z270GT9 featuring all the best from the 2nd-Gen RACING series. Following it is the BIOSTAR RACING Z270GT8 which supports LGA1151 processors and DDR4 memory modules up to DDR4-3600 speeds and 64GB capacity. The RACING Z270GT8 has the integrated M.2 Cooling Protection by BIOSTAR which allows M.2 devices to operate on a lower temperature thus maintaining optimal performance even under harsh operating conditions. The BIOSTAR RACING Z270GT8 will be available as a bundle with the Intel 600p 256GB M.2 SSD with an MSRP of $329. 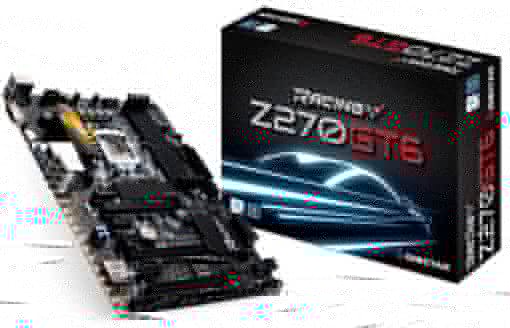 The BIOSTAR RACING Z270GT6 supports LGA1151 processors including Intel 7th-generation Core processors. The RACING Z270GT6 features the flashy VIVID LED Armor as well as the 5050 LED Fun Zone allowing gamers and enthusiasts to fully customize and tailor their rigs for their personal style. Intel LAN offers a robust networking solution guaranteeing incredible network performance for the most demanding online games. The BIOSTAR RACING Z270GT6 will come with a bundled BIOSTAR G300 Series 240GB SSD and will have an MSRP of $209. 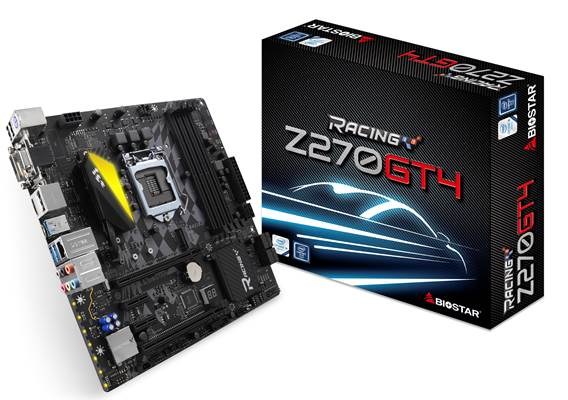 The BIOSTAR Z270GT4 also supports 7th-generation Intel Core processors as well as the previous-gen processors but brings support for Intel Optane Memory which is a future-ready feature when the next-generation high-speed storage from Intel arrives in the market. Integrated Dual BIOS assures system integrity and prevents issues with the BIOS as well as possible infections that may harm the system. The BIOSTAR RACING Z270GT4 will come bundled with a BIOSTAR VIVID LED DJ fan and will have an MSRP of $129.

BIOSTAR RACING 2nd-Gen Series Features
The full-wave of features from the 2nd-gen BIOSTAR motherboards echo throughout the series with M.2 Cooling Protection for optimal operating conditions for M.2 storage, Lightning Charger for fast charging of your mobile devices so you can get more of your PC instead of tying up the wall outlet. Another feature designed for overclockers is Digita Power+ for stable power delivery and endurance. For added style, all the new motherboards feature VIVID LED DJ support and 5050 LED Fun Zone with dual header for full customization freedom. Be future-ready with BIOSTAR RACING series for tomorrow’s storage technology with built-in Intel Optane Memory support.

High-Speed Storage Bundle
To compliment the performance of this motherboard, BIOSTAR is also proud to be the first its special bundle for upgraders, enthusiasts and system builders upgrading to the new Intel 200-series platform which brings support for Intel’s new Optane technology. Buy BIOSTAR RACING Z270GT8 or RACING Z270GT9 get Intel 600p series 256GB M.2 SSD, the latest storage technology from Intel running on PCI-Express Gen3 x4 speeds for unrivaled speeds versus traditional mechanical hard drives. BIOSTAR is offering this introductory promotion for everyone to experience the power of the new Intel platform offering incredibly amazing performance and great value together with BIOSTAR motherboards. BIOSTAR is the first brand to bring together this bundle and offer it to gamers for the best experience on their new systems. 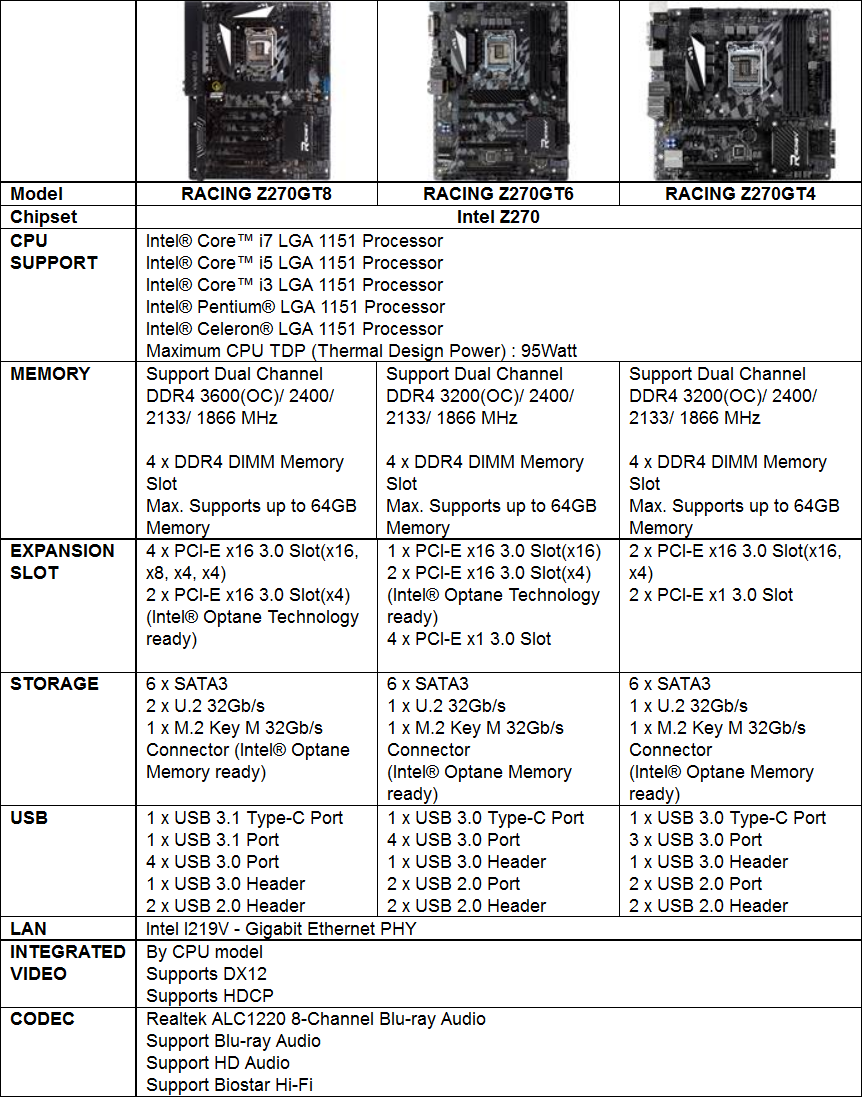