With overwhelming success from our Limited Edition Apogee SKF “Heirloom Series” which truly allowed customers to “Make it personal”, we are now extremely proud to introduce the Apogee SKF – which follows in the footsteps of the award winning high performance Apogee XL2 featuring customization options that allows users to go beyond their limits. This new technology is at least one generation ahead of the competition and will be the foundation of Swiftech’s next generation CPU waterblocks.

The Apogee SKF also features an entirely new cooling engine made of 125 micron (less than 5 thousandths of an inch!) thick slotted fins. The center piece is also customizable/replaceable. Out of the box, the Apogee SKF is compatible with all current and upcoming CPU’s: From Intel’s LGA 115x, 2011, 2011-v3 and 2066, to AMD’s legacy AM2/3, AM4 and upcoming SP3/TR4.

There will be two versions available of the Apogee SKF:
The Apogee SKF is made of lightweight yet robust black acetal plastic with a silver center cover and chrome Swiftech logo.

The Apogee SKF Prestige is constructed out of black chrome plated brass body finish with a silver center cover and chrome Swiftech logo. 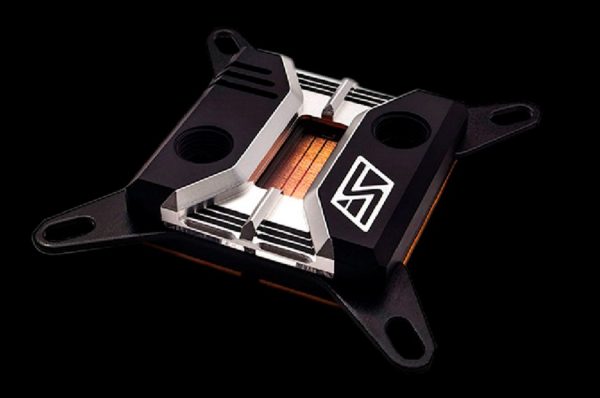 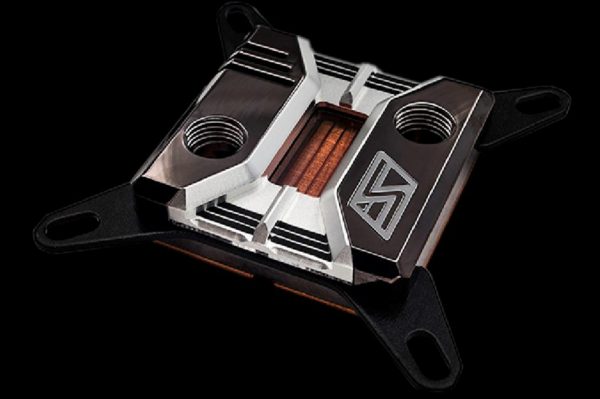