Taipei, Taiwan (9 March 2018) – G.SKILL International Enterprise Co., Ltd., the world’s leading manufacturer of extreme performance memory and gaming peripherals, is excited to announce the start of the 5th Annual OC World Cup 2018, with the Online Qualifier stage beginning on March 13, 2018! This is one of the largest annual overclocking competition of its kind, with participating competitors from around the world and a massive total cash prize pool of $20,000 USD, where the champion will be taking home $10,000 USD in cash. The OC World Cup 2018 is open to the public, so join us and the next overclocking champion might be you!

G.SKILL 5th Annual OC World Cup 2018
The G.SKILL OC World Cup overclocking competition consists of three rounds: Online Qualifier, Live Qualifier, and Grand Finals. Once the Online Qualifier has concluded, the top 6 ranking participants will be invited to compete against each other in the Live Qualifier round, held live on stage at the G.SKILL booth during the first three days of Computex 2018, from June 5th to June 7th, 2018 in Taipei City, Taiwan. On the fourth day of Computex 2018, the top two contestants from the Live Qualifier will contend in a head-to-head deathmatch in the Grand Finals round for the Grand Prize of $10,000 USD and the title of “OC Champion of G.SKILL OC World Cup 2018”! 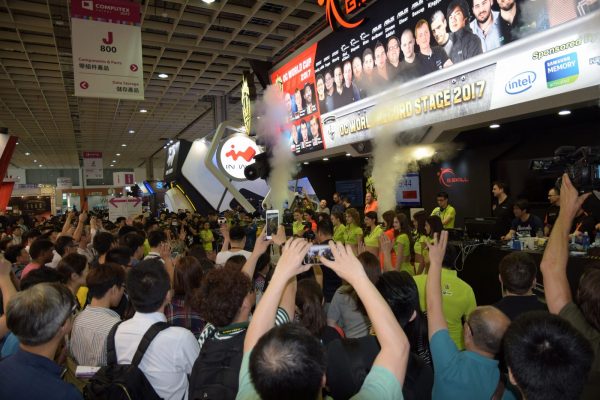 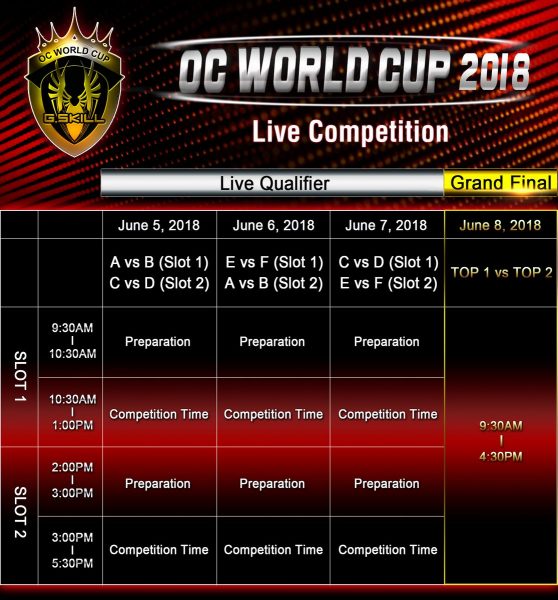 Round 1: Online Qualifier
The Online Qualifier round of the OC World Cup 2018 will be hosted on the HWBOT’s OC-Esports webpage from March 13th to April 16th, 2018. Participants will be ranked in the completion and scoring of 4 featured benchmarks: Highest DDR4 Frequency, SuperPi 32m, Geekbench 3 Multi-Core, and 3DMark11 on integrated graphics processor. Participants must use G.SKILL DDR4 memory, Intel® Core™ i5-8600K processor, and Z370 chipset motherboards. For more event details and rules, please visit the competition webpage on HWBOT’s OC-Esports webpage.

Additionally, all participants of the Online Qualifier round will receive an entry to a lucky draw, where one lucky winner will receive a G.SKILL Trident Z RGB DDR4-3600MHz 16GB (2x8GB) high performance memory kit!

Largest Single Cash Prize in an Overclocking Competition!
Since the inception of G.SKILL OC World Cup in 2014, this overclocking competition features the largest single cash prize for the winning champion, being able to take home a massive $10,000 USD cash prize. Furthermore, with the competition in its fifth consecutive year, G.SKILL is increasing the total cash prize pool to $20,000 USD for the OC World Cup 2018. Lastly, all contestants participating in the Live Qualifier will win sponsorship for G.SKILL’s latest high-end extreme performance memory kit. 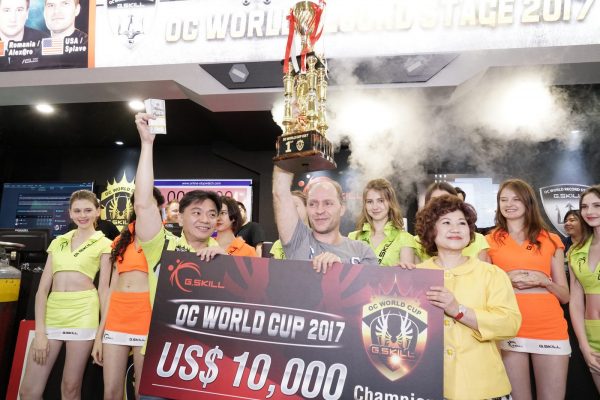 For a breakdown of the cash prize in OC World Cup 2018, please see below: