Recently, smartphone users have seen a great variety of big battery phones launched on the market. It seems that long battery life and fast charge become the new standard.

Among these big battery phones, LEAGOO Power 5 stands out with 7000mAh battery and 5V5A ultra fast charging. It can charge 35% battery power within 30mins and get full charge with only 2.5 hours. When fully charged, its battery can last up to 4 days!

Despite of many big battery phones for sale on the market, however, they are all lacking in one feature – wireless charging!

As one of the emerging technologies among smartphones, wireless charging is often seen in flagship phones such as SAMSUNG S9, iPhone X, Xiaomi MIX 2S, etc.

Currently, according to LEAGOO sources, it is confirmed that LEAGOO Power 5 supports wireless charging feature. 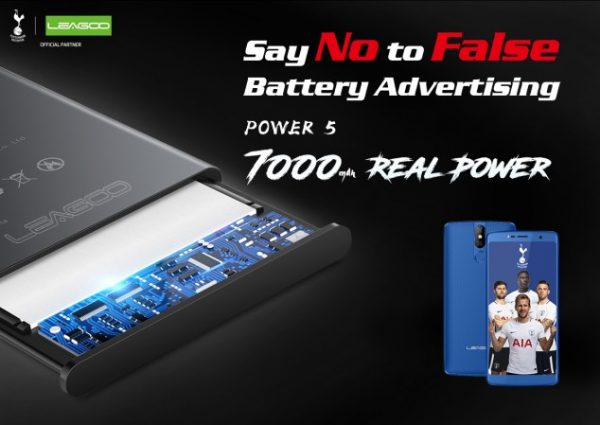 For the camera, the Power 5 is equipped with SONY® 13MP + 5MP rear dual camera as well as SONY® 13MP front camera. It also supports wireless charging and Android 8.1 OS.