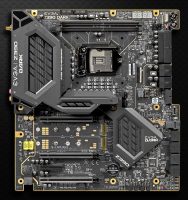 The power of the DARK side of EVGA’s Z390 motherboards is now available! After setting the bar with the X299 DARK, EVGA went back to work to design the next generation of motherboards designed exclusively for the world’s top overclockers… or those looking to become one of the world’s top overclockers. No effort was spared to improve the power design, layout, or features of the Z390 DARK. 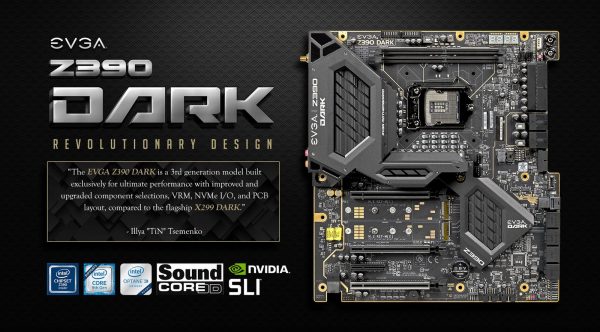 The Z390 DARK is the first motherboard to feature both the 24-pin power connector alongside both 8-pin CPU power connectors as right-angle connectors on the side of the board. Not only does the layout give the DARK a stunning look but the layout also provides a very friendly design for cable-management enthusiasts. This revolutionary design features:

The DARK comes fully equipped with useful LEDS of all types…for monitoring system and component status, and displaying temperatures and voltages. Additional must-have features include:

The EVGA Z390 DARK is finally here to convince you to give yourself to the DARK side of the EVGA Motherboard lineup. Go on, the DARK is waiting.