Designed to run the latest AMD Ryzen processor range, the new A520MH V6.1 and the B550MH V6.1 motherboards from BIOSTAR are two of the latest mainboard reboots focused on providing sleek performance based user experience, carrying some of the latest technology mixed with BIOSTAR’s renowned product durability.

Coming in an all new black PCB with tattoo design, both motherboards are styled to suit any pc build with their Micro-ATX form factor, these two motherboards are highly suitable for many user applications such as business use or casual content consumption. 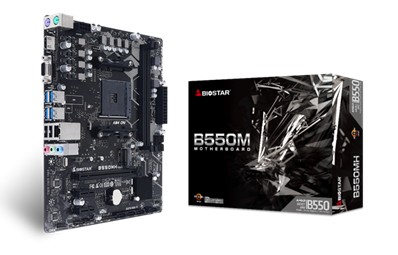 The new B550MH V6.1 is built with tech to last designed based on AMD’s B550 single chip architecture, this amazing Micro-ATX motherboard comes with features like PCIe 4.0 capable of supporting 16GT/s bit rate yet still maintaining backward compatibility holding twice as fast bandwidth in comparison to PCIe 3.0. It has the ability to support up to 64GB of DDR 4 memory across 2 DIMMs and has the capability of reaching up to 4933+ max boost clock speeds. 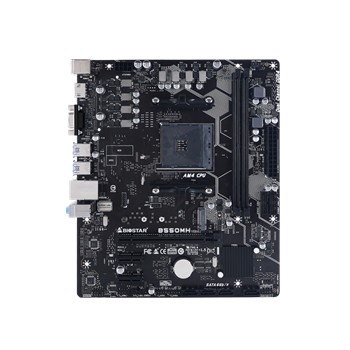 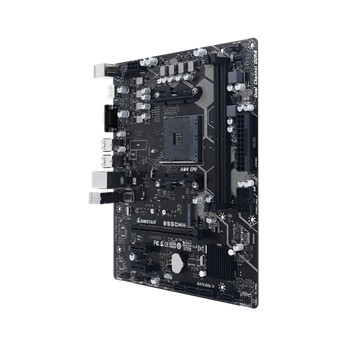 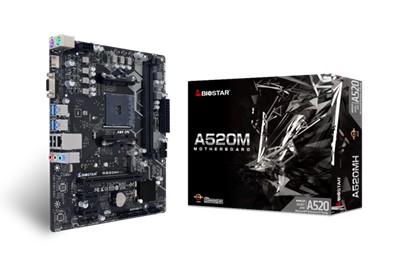 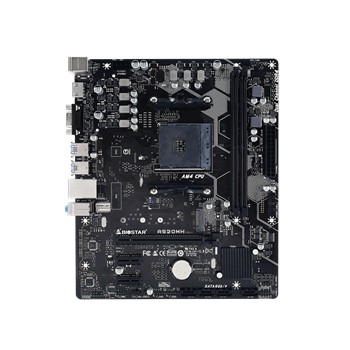 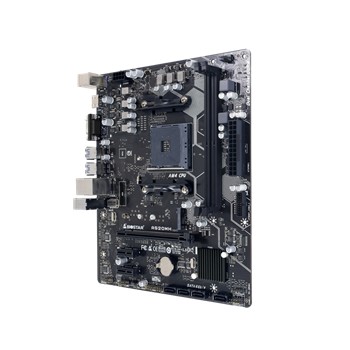 Capable of supporting up to 64GB of ram across 2 DIMMs with the ability to boost its clock speeds over 4933+ Mhz. The new A520MH V6.1 motherboard is ready to deliver it all, with additional features like PCIe 3.0 that carries a bit rate of 8GT/s, PCIe M.2 32Gb/s that delivers 5 times faster bandwidth compared to SATA III 6Gb/s, Digital PWM that delivers stable power and reliability with increases system efficiency.

The A520MH V6.1 motherboard also has A.I Fan technology with automatic detection system which is used to detect temperature of PC to make cooling fans operate at defined speed for optimal cooling performance.

Highly efficient and reliable the new A520MH V6.1 and the B550MH V6.1 motherboards from BIOSTAR are ready to serve all users be it may a business oriented system or for casual content consumption, it is a great choice for users who want a system that will let them use the latest technology in the market without taking a hit on their wallet and the new PCB design is a sight for sore eyes with their premium look and feel.