Announcing end of support for PCMark 8, 3DMark Sky Diver and other benchmarks 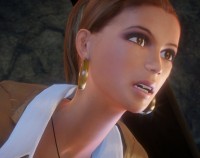 Benchmarks have a natural lifespan that ends when they no longer provide meaningful results on modern hardware. When old benchmarks are used with new hardware, the results can be skewed or limited in ways that reduce their accuracy and relevance.

The 3DMark API Overhead feature test was released in 2015 to coincide with the launch of Windows 10 and DirectX 12. The test compares the draw call performance of graphics APIs. At launch, this was the most significant difference between older APIs and new, low-level APIs like DirectX 12, Metal and Vulkan.

Today, developers are more likely to choose a graphics API based on feature support and compatibility. Draw call performance is no longer the deciding factor. UL has no plans to update or replace this test.

Servermark Media Transcode is a benchmark for testing the performance of media transcoding servers. Released in 2017, the benchmark targeted a narrow range of processors and software libraries that are no longer used in modern server clusters. UL has no plans to update or replace this benchmark.

VRMark for Android, released in 2018, was designed to benchmark the performance of Google Daydream devices. In October this year, Google officially announced the end of support for Daydream VR in Android 11.

UL has no plans to create a new VR benchmark for smartphones at this time. You can benchmark PC-based VR systems with the Windows version of VRMark.

Legacy benchmarks going back to 3DMark99 are free to download from the UL Benchmarks website. These unsupported benchmarks are provided for entertainment only with no guarantee of compatibility with current operating systems or hardware.