UMIDIGI, a fast-growing smartphone and accessories company changed the rugged phone market after it launched the BISON series last year, making the entry-level rugged phones the mainstream. To occupy the entry-level rugged phone market firmly and open up more markets among common users, the company is going to launch the BISON X10 series with two different designs, which can not only handle jobs in tough environments but also meet the needs of stylish phones.

To encourage more common users to choose rugged phones, the company tries to make a breakthrough in design. Therefore, they announced the launch of the BISON X10 series which combines tough protective structures with a stylish back cover. According to the poster and render pics, the BISON X10 features the same AG matte glass back cover as the A11 Pro Max, the latest smartphone launched by the company, bringing a stunning visual feast as well as wonderful tactile sensation. BISON X10 features metal frames with industrial rubber cushions which succeed the design of the BISON series, ensuring great drop-proof performance. Plus the IP68 & IP69K rating resistance, BISON X10 is expected to be a successful attempt at the stylish rugged phone. 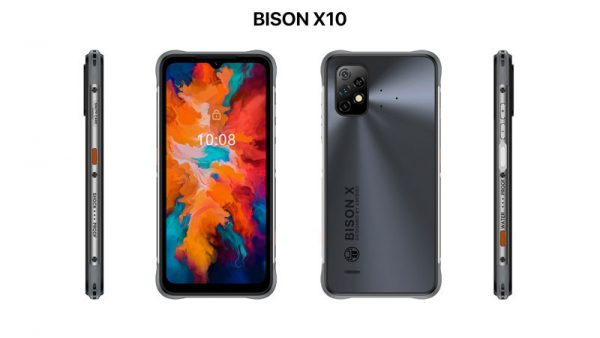 Going by the render pics, the BISON X10 is equipped with a triple camera system. There is a new circle on the right of the camera module, but its function is still unknown. BISON X10 Pro has a similar design to BISON X10 on the front while features an industrial rubber back cover like the previous-gen products, and another difference is it has an infrared thermometer sensor. In addition, the two devices both come with a waterdrop display and two independent customizable buttons. Surprisingly, the fingerprint scanner on the left that was criticized finally has been moved to the right. More information like the sizes and other specifications are not revealed yet, but they are expected to be launched in late September. 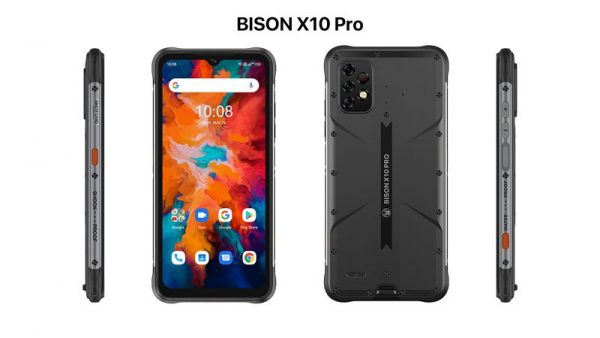 What do you think about the UMIDIGI X10 series? Will you choose a device that combines rugged performance with a stylish design? If you’re interested in these products, you can subscribe to their official Facebook page, Twitter and website to get the related information in time. In addition, UMIDIGI is globally giving away 5 units of their latest tablet UMIDIGI A11 Tab, keyboard and TWS earbuds UMIDIGI AirBuds Pro, you can go to their official website to join if you are interested.