The ADATA DDR5-4800 memory module raises the bar in memory performance. It delivers increased bandwidth, allocates more bandwidth per CPU core, and reaches frequencies of up to 4800MT/s. This DDR5 DRAM’s architecture allows for more memory bank groups and banks. It currently comes with capacities of 8, 16, or 32GB, with higher capacities to follow. What’s more, it is equipped with an on-board PMIC (Power Management Integrated Circuit) and On-die ECC (Error Correcting Code) for optimal system stability. 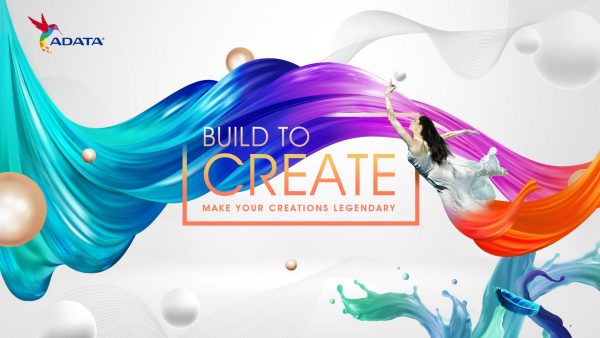 Thanks to the latest SD 7.0 specification, the ADATA Premier Extreme SD 7.0 Express Card gives users a revolutionary memory card that supports PCIe and NVMe, making it more like a mini SSD. With support for PCIe Gen3 x1 and NVMe, this memory card delivers read and write performance of up to 800/700MB/s, which is roughly 1.5 times faster than SATA SSDs. When compared to UHS-II SD cards and UHS-I SD cards, it is approximately 2.7 and 8 times faster, respectively.

The “ADATA Creates Legends” create your own wallpaper campaign is an Instagram contest that will run from now until December 10th, 2021. To enter the contest, contestants need to create their very own unique phone wallpapers and share the post with the hashtag of #AdataCreatesLegends and tag @adataglobal and @(the influencer’s account). The most outstanding entries will stand a chance to win an ADATA DDR5-4800 16GB U-DIMM memory module, a LEGEND 750 PCIe 3.0 M.2 2280 solid state drive, or an SE800 external solid state drive. Find out more about the campaign here: https://event.adata.com/AdataCreatesLegends/en/.