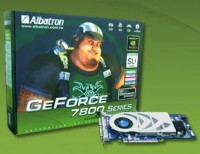 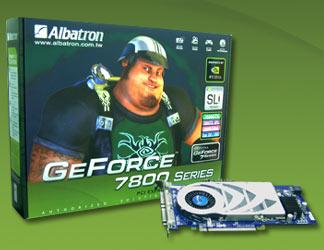 The 7800GTX will provide Dual DVI and VIVO connectors. The bundle package will include HDTV, S-Video and AV adapter cables. Bundled software will include Power Director and 3D Games.

The road to high gaming performance and solid stability graphics goes through Albatron’s 7800GTX VGA card. Fitted with one of NVIDIA’s most highly anticipated GPUs, the 7800GTX VGA card is certain to become one of the most highest profile products of this quarter.