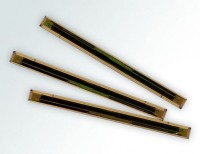 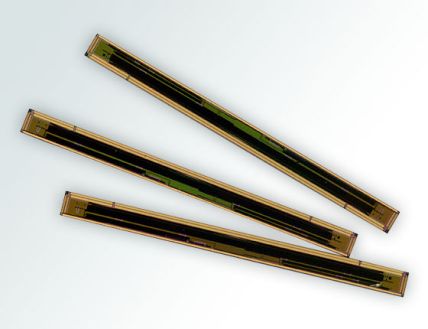 Until now, mobile DDIs have been designed simply to drive the LCD panels mounted on mobile devices. Now, Samsung has developed an intelligent version that will reduce display power consumption and improve image quality on mobile displays.

Samsung’s new DDI device automatically measures the brightness of ambient light and determines the optimal image output. While enhancing the visibility of on-screen images outdoors, this DDI device can reduce the power consumption of the display module by nearly 30 percent by lowering the backlight brightness in an indoor environment.

The photo-sensor and associated processing scheme in the intelligent mobile DDI divides the detected light into thirty-two levels. The device is designed to select the most appropriate image enhancement algorithm for each of these levels, making the colors more lifelike. This new mobile image enhancement algorithm was jointly developed with Samsung Advanced Institute of Technology (SAIT).

The enhancement algorithm within the DDI analyzes color data of each pixel and reconfigures it to an optimally recognizable condition by adjusting brightness and saturation for crisper visibility. With the primary colors intensified, the LCD images remain bright even when the display is exposed to direct sunlight.

„With the development of the intelligent mobile DDI, significant image enhancement on displays can be controlled directly by the driver IC,“ said Myunghee Lee, vice president of the advanced DDI design team at Samsung Electronics‘ System LSI Business. „As a broader variety of mobile handheld devices adopt mobile TV features, the intelligent mobile DDI provides optimum performance and efficiencies especially when supporting use in the outdoors.“

Samsung plans to begin mass production of its new intelligent mobile DDI by the end of 2006.