Taipei, Taiwan, August 24th, 2007 – With all their discerning consumers in mind, Leadtek Research Inc., a world leaders in the manufacture of multimedia products, takes pride in announcing its latest cutting-edge TV tuner card—WinFast DVR3100 H, billed as one of the most powerful TV tuner products to debut in the latter part of 2007. 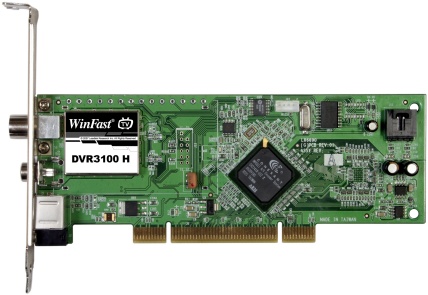 WinFast DVR3100 H supports both digital terrestrial and analog TV, both DVB-T and FM radio, and also stereo/SAP and HDTV/AC3 support in full screen. Powered up with Hardware MPEG-2 encoder you’re able to record your favorite TV program with lower CPU usage and at the same time watch TV and use other PC functions on your PC. Unlike ‚run of the mill‘ TV cards that process only signals Y and C and are unable to deliver high quality images, WinFast DVR3100 H uses the LCD TV-level NTSC 3D Y/C separator to distinguish between signal Y, Pb and Pr. This process helps deliver the richest color and perfect images. Different from traditional IC component design, the exclusive WinFast DVR3100 H PCB design facilitates the built-in IC receiver and gives the best performance ever!

Exclusive Multiple Video Processing mode (M.V.P. mode) enables two TV cards and up to four channel program processing simultaneously. TV enjoyment is now easily upgradeable with another WinFast TV card for viewing both analog and digital TV on a PC! Not to forget WinFast’s all-in-one I/R sensor remote control for the most comfy laid back viewing ever. You don’t even have to get off the sofa to switch the PC screen on or off. 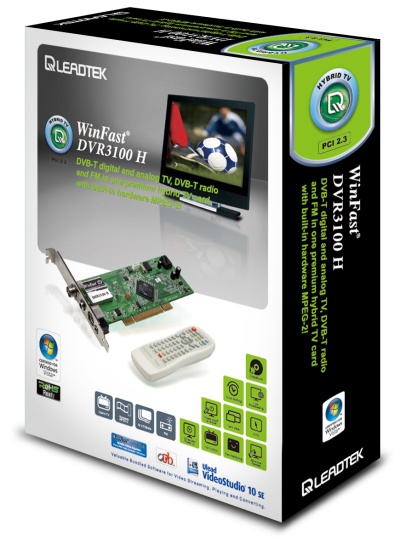 With the user friendly WinFast PVR2 interface and exclusive bundled application software WinFast DVR3100 H turns your living room into a professional cinema with handy functions like Time Shifting, Scheduled Power-up, DirectBurn and TwinView. Even more, the value added WinFast Mobile Video Express (WinFast MoViE) pack comprised of a 3D Album, iPod & PSP Video Converter, and Orb makes it possible to carry and watch your favorite TV/video on your iPod and PSP everywhere! Even more, with the spectacular 3D album creator function, you are free to create an extraordinary personal 3D album and share it with others through your iPod and PSP! Streaming music, videos and live TV through any internet-connected device such as a mobile phone, PDA, laptop or any other computer has been made possible with the Orb application.

WinFast DVR3100 H just has to be the one and only premium hybrid TV card that offers you more – much more – than you ever expected!