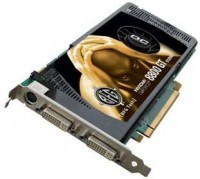 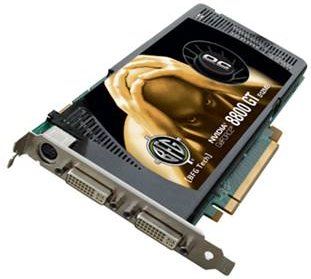 “In the next 30 days some of the most highly anticipated titles that the PC gaming market has seen in the last 2 years will be released” said Dean Brady, Sr. Director of marketing at BFG Technologies. “With our new BFG NVIDIA GeForce 8800 GT OC 512MB graphics card, users will have the power to drive these games at amazing frame rates at a price that anyone can afford.”

8800 performance, single slot, under $300USD
Everyone knows that the BFG 8800 series is the fastest product line on the planet when it comes to high-definition gaming. Now for less than $300USD, everyone can have blistering 8800 performance with the new BFG NVIDIA GeForce 8800 GT OC 512MB graphics card.

The BFG NVIDIA GeForce 8800 GT OC 512MB will be available at leading retail and etail outlets throughout North America and Europe.