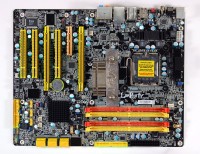 Before the end of 2007, Intel launched their highest-end 45nm-process Quad core CPU, DFI can’t wait to release its top-of-the-line LANParty series to support that powerful processor; DFI is proudly launching its LANParty DK X38-T2R now. It features Intel’s X38 and ICH9R chipset, and FSB supports the process at 1333MHz. Further, DK X38’s DDR2 memory can supports up to 1066 and FSB also works at 1333MHz too. LANParty DK X38-T2R also incorporates a total of 4-phase digital PWM, 8-channel high definition audio and many high performance features too numerous to count. This is such a “must buy” platform for gamers and enthusiasts. 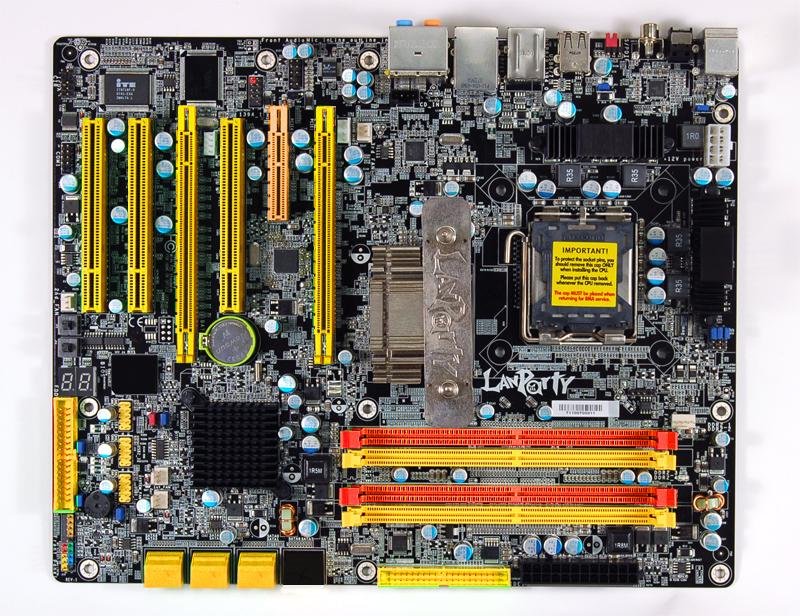 Intel X38 Northbridge chipset functions at the high speed FSB1333MHz to entirely supports the latest Quad core CPU with a faster and wider bandwidth. It releases the potential power of quad core processor what ever it has. In addition, the X38 is featured with the Fast Memory Access technology which optimizes the use of available memory bandwidth and effectively reduces the latency of the memory accesses. In this way, it greatly improves the system performance.
Besides, LANParty LT X38-T2R utilizes ICH9R as the Northbridge chipset; it can attain the superb RAID functionality with reliability and speedy Matrix Storage technology. The technology offers “Rapid recovery” and boosts the transmission speed and performance of SATAII.

The Digital PWM: DFI is the first motherboard manufacturer to replace the ordinary PWM with Digital PWM in the industry. Digital PWM uses components to supply stabilized current, which accommodates enthusiasts ‚ needs in OC or gaming; moreover, it supplies sufficient current to AMD quad cores CPU. Besides, the heat dissipating fins of the PWM circuit further stabilize current flow to the system.

PCIE Gen 2 Technology: PCIE 2.0 doubles the bus standard’s bandwidth from 2.5 Gigabit/s to 5 Gigabit/s, meaning an x32 connector can transfer data at up to 16 GB/s in each direction. It is entirely works compatible with PICE 1.0.

CMOS Reloaded Technology: CMOS Reloaded is creative design of BIOS settings, which is totally first-in-industry to meet enthusiast’s need since 2003. Overclockers can “Backup” and “Load” With CMOS Reloaded for their OC BIOS setting. They don’t bother to start all over again from the very beginning of fine-tune procedure while there’s any failure by OC. Instead, they can save stable O.C. settings during O.C. procedure and thus make OC in a very convenience way.

Genie BIOS: The BIOS settings which are perfect for optimizing system performance and overclocking capability. It includes DRAM, Northbridge chipset and CPU’s tweaking options for enthusiast to push their system performance to the limitation.

EZ Jumper: EZ Clear CMOS is accessible from the rear panel of the system which in turn provides convenience by allowing you to clear the CMOS without having to remove the chassis cover. It bypasses the lengthy process of turning off the system, clearing the CMOS and turning it on again; and yet being able to restore the default values stored in the ROM BIOS.

Japanese Capacitors: DFI LANParty series is strictly incorporates refined components in every motherboard. The Japanese-made highest-end capacitor is one of our insistences. The super long product life cycle, high stability and reliability makes the Japanese-made capacitor became the rock solid part of a super overclocking platform.