EVGA 750i SLI FTW – Engineered For The Win

Brea, California and Munich, Germany – April 7, 2008 – EVGA Corporation, one of the leading-edge 3D processor and motherboard manufacturers, announces the latest addition to its line of high-performance SLI-ready motherboards, the EVGA nForce 750i SLI FTW. Engineered for the win, this motherboard features 100% solid state capicators, and a 6 phase power solution to achieve the stability of extreme FSB and memory overclocking. Available April 7th, 2008, the EVGA nForce 750i SLI FTW motherboard brings screaming performance and SLI power at a € 199 retail price.

„The new 750i FTW series from EVGA takes on all challengers and offers superior overclocking at a fraction of the cost of others.“ Said Doc Overclock, owner of Motherboards.org. „The new EVGA 750i FTW takes NVIDIA’s chipset to all new levels of overclocking and shows EVGA’s commitment to the enthusiast user.“ 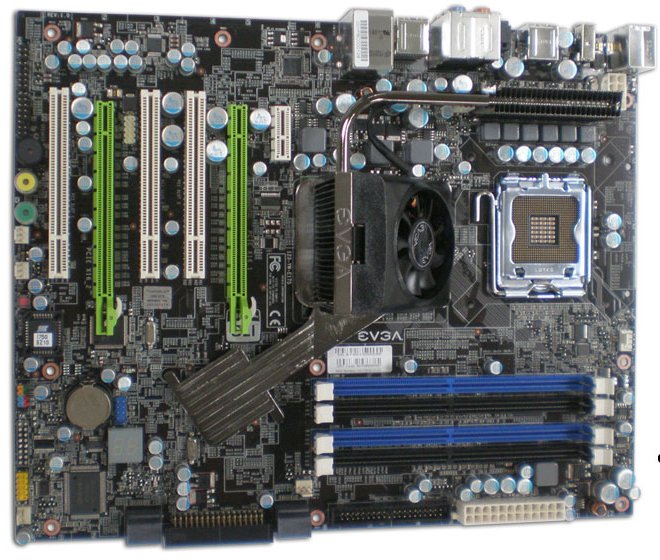 New and Key features introduced on the EVGA 750i SLI FTW motherboard: