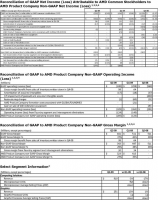 “The AMD Product Company successfully executed its product and technology roadmaps in the first half of the year, including introducing the Six-Core AMD Opteron™ processor months ahead of schedule. While we increased cash, exceeded our revenue plan and reduced operating expenses in the second quarter, gross margin was disappointing,” said Dirk Meyer, AMD president and CEO. “New platform, microprocessor and graphics introductions planned for the second half of 2009 position us well to improve margins and meet our financial goals for the year.”

In the second quarter of 2009, AMD reported a net loss attributable to AMD common stockholders of $330 million or $0.49 per share, which includes the net favorable impact of $86 million, or $0.13 per share, primarily from the sale of inventory written-down in the fourth fiscal quarter of 2008 as described in the table below2. AMD’s operating loss was $249 million.

Current Outlook
AMD’s outlook statements are based on current expectations. The following statements are forward looking, and actual results could differ materially depending on market conditions and the factors set forth under “Cautionary Statement” below.

Considering current macroeconomic conditions, limited visibility and historical seasonal patterns, AMD expects its Product Company revenue to be up slightly for the third quarter of 2009. 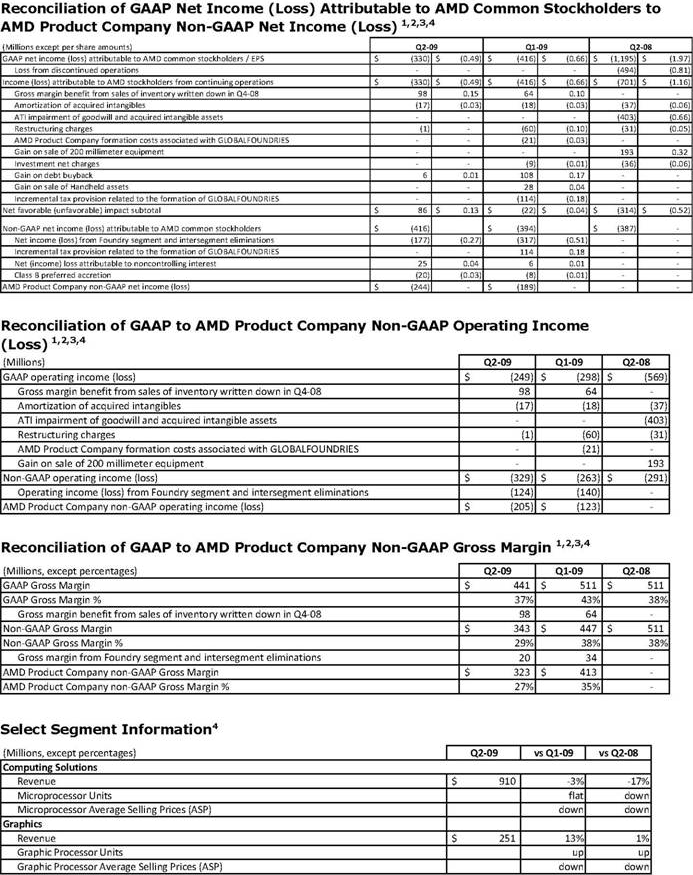