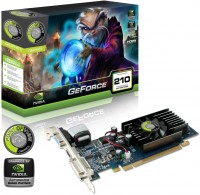 These cards will have the great technologies such as PhysX, CUDA and PureVideoHD making the best image quality possible.
The GPU has support for Microsofts’ DirectX 10.1 and OpenGL 3.0, for future-proof support of all upcoming games and software.
Also an update of the PCB added integrated HDMI audio so no additional SPDIF cable is needed for rerouting the sound to the HDMI cable.

Both the models G210 and GT220 are equipped with the three-way graphics output Dual Link DVI, VGA and HDMI. This makes these small and energy efficient graphics cards perfectly suitable for Office PC, Gaming PC and off course media center PC use.

The G210 GPU counts sixteen 1400 Mhz processing cores and is built onto a low-profile PCB ( Bracket can be removed for low-profile setups). The GPU works with 512MB of DDR2 or SDDR3 memory running on 1000 Mhz and 1600 Mhz. The core itself runs on 589 MHz. Perfectly balanced in both performance and pricing, this is the perfect media center graphics solutions for those who want all functionality at a very good price. 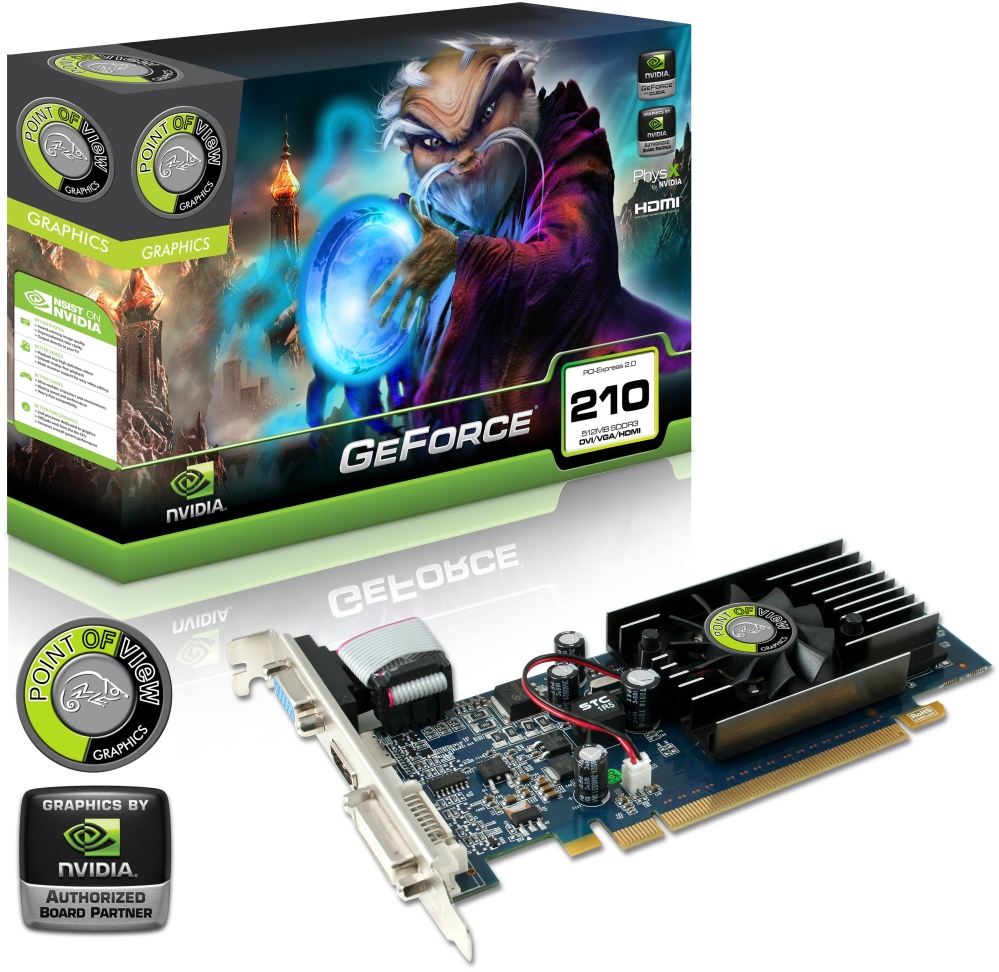 Its bigger full PCB-sized brother the GT220 works with a 625 MHz GPU. They use the same memory setup (1000 MHz DDR2 and 1600 MHz SDDR3) and speeds but the GT220 will standard be equipped with 1024MB of graphics memory. The memory is addressed by a total of 32 shader cores on 1360 MHz and will offer excellent performance for the more hungry games and applications. 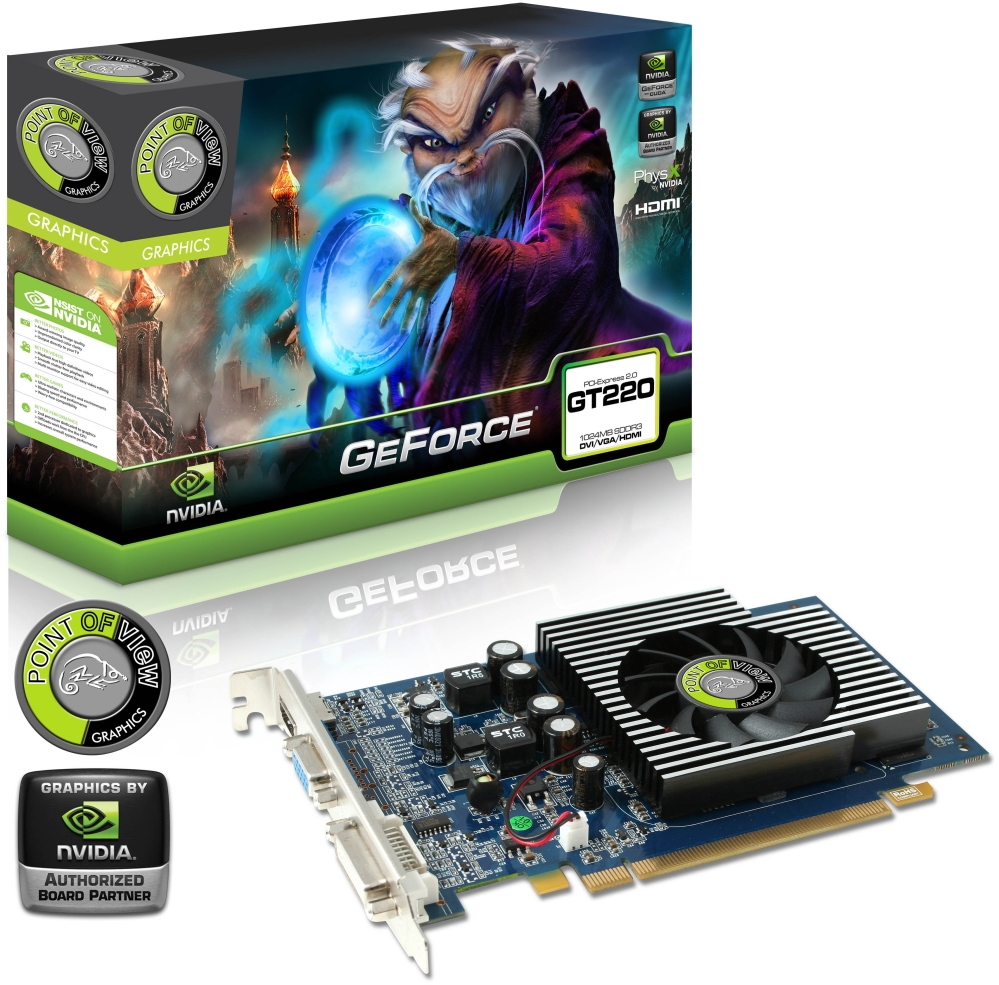