Lantic shows its GTX580 in time

The fastest DirectX 11 card of NVIDIA 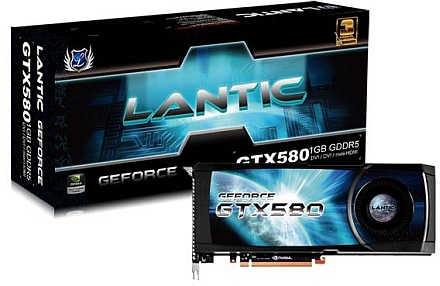 LANTIC GTX 580 1536MB GDDR5 support DX11, 3D Vision and support high-definition resolution. It is a dual-slot card with dual-linked DVI ports and a mini HDMI port and it features the 8-pin+6-pin PCI-e power configuration. LANTIC GTX 580 Equipped with Vapor chamber cooling technology, not only cooler and quieter than the GTX 480, and the new cooler should keep the new card well cooled and at around 47dBA in gaming scenario.