Expanded range of capacities for award-winning Force Series, all with exceptional performance and class-leading random-write IOPs 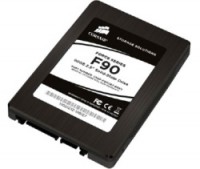 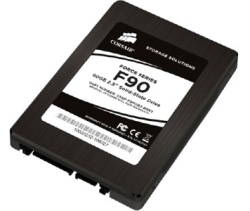 These latest additions to the Corsair Force Series are built using the Sandforce SF-1200 SSD Processor, which provides exceptional performance, including read speeds of up to 285MB/sec and write speeds of up to 275MB/sec, with a 4K random write throughput of up to 50,000 IOPs. This is the same level of performance as that of enterprise-level SSDs, and results in unmatched system responsiveness.

„Corsair’s Force Series of SSDs have become extremely popular with enthusiasts and gamers, and with these two new capacities we can offer our customers greater flexibility to choose the capacity that best suits their budget,” stated Thi La, VP of Memory Products at Corsair. „The 90GB and 180GB capacities neatly fill the gaps in the current family, which now ranges from 40GB all the way to 240GB.“

The F90 and F180 Force Series SSDs all implement the ATA TRIM command, supported by Windows® 7, which helps to maintain optimal performance over the drive’s lifetime.

The F90 and F160 Force Series SSDs are available immediately from Corsair’s worldwide network of authorized distributors and resellers. The MSRP of the F90 and F180 is $189.99 and $399.99, respectively. For more information on Corsair Force Series SSDs, please visit our web site.