Taipei, Taiwan, January 25, 2011 – An outstanding price/performance graphics card is getting ready to be sold on the market. The WinFast® GTX 570 is still hot, Leadtek Research Inc., known globally for its extreme visual graphics technology development, added the new WinFast® GTX 560 Ti GDDR 5 graphics card to the Fermi II generation family for enthusiasts. Like the Geforce 5 series which features high performance, lower power consumption and noise, the DX11 GPU offers gamers maximum resolution and a quieter environment. It has 33% faster performance per watt compared to the previous generation WinFast GTX 460. Its performance is close to GTX 480 but with an acceptable price.

Anzeige
The WinFast® GeForce GTX 560 Ti is based on the new GF114 silicon, features 384 CUDA cores, a 256-bit GDDR5 memory interface, and core clock speeds of 822 MHz. Its graphics card power is lower than GTX 570, only 175 watts, which has made it a faster performance than competitors. 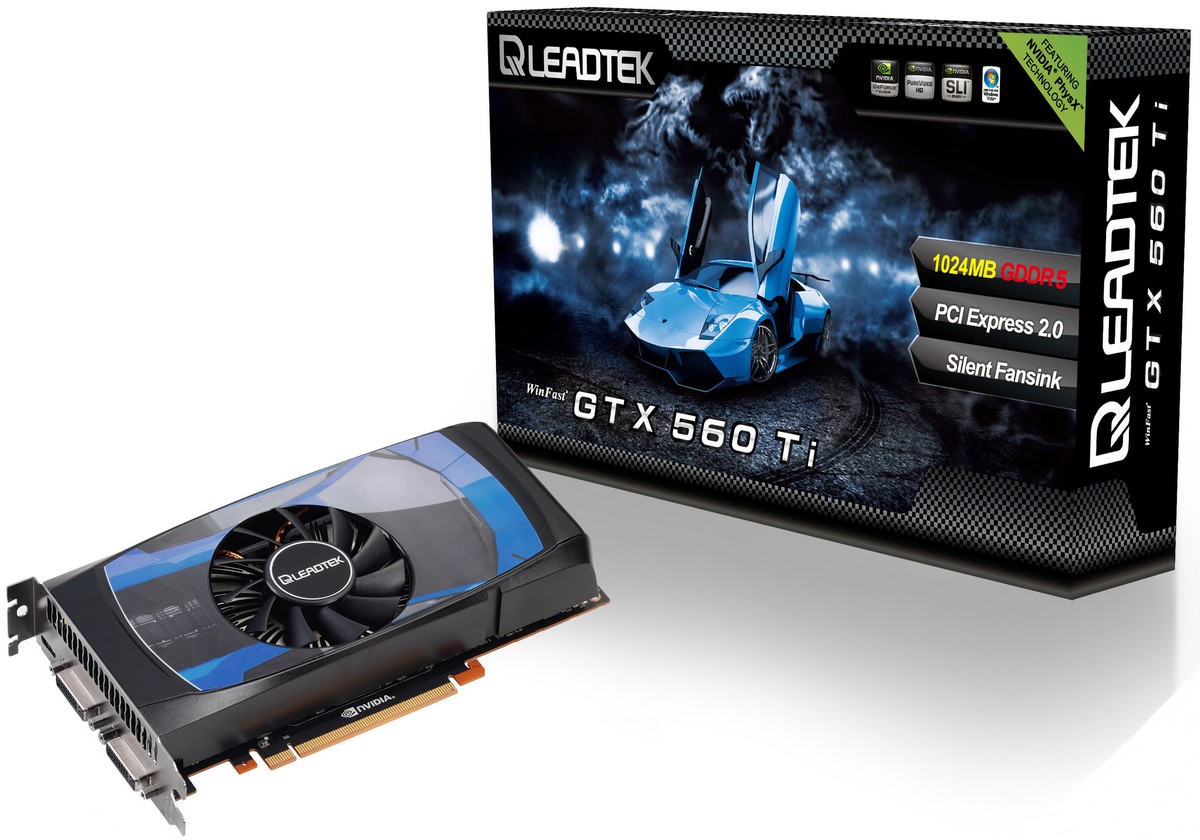 This model features a 2-way SLI in addition to two DVI and one mini-HDMI display outputs. It will also need two 6-pin PCI-Express power connectors. Moreover, with the native HDMI connector and 7.1 LPCM audio channeled through a PCI-Express interface, gamers enjoy a high definition audio experience with no extra SPDIF cable needed. The card is already highly anticipated before its launch day, and Leadtek will announce another GTX 560 Ti overclocked version soon to satisfy market demand. The new one is sure to pique the interest of most enthusiasts.