HELSINKI, FINLAND – June 21, 2012 – Futuremark® today released its first trailer for the next version of 3DMark®. Designed for measuring the gaming performance of everything from tablets and notebooks to high-end desktop gaming systems, the next 3DMark for Windows will be the world’s first unified graphics benchmark allowing testing of DirectX 9, DirectX 10 and DirectX 11 capable hardware through the DirectX 11 API. Expected to be released after the launch of Windows 8, this new 3DMark will also be compatible with Windows 7 and Windows Vista. The new trailer provides a preview of the DirectX 11 test and is now available online and in high definition for the first time at http://www.3dmark.com

3DMARK DIRECTX 11 TECH DEMO
In the trade town of Scarport, buildings cling to canyon walls above canals of lava and provide shelter from the toxic volcanic atmosphere. Gaudy neon signs flicker as steam rises from the molten rivers running beneath the town. A trader walks along ledges carved from the volcanic rock, smoke swirling around her flowing cloak. Her robotic sentinels keep watch, but what dangers lie hidden in the shadows? 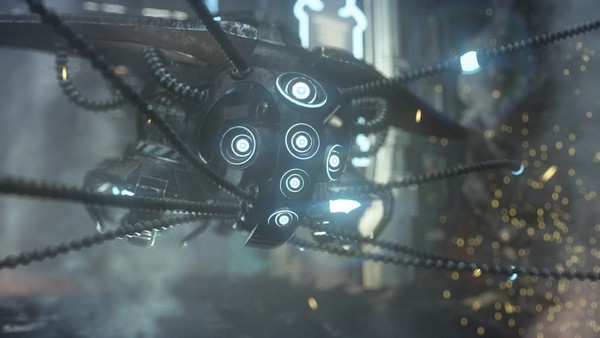 The new 3DMark is currently in development and is expected later in 2012 following the launch of Windows 8. It will also be compatible with Windows 7 and Windows Vista. Follow Futuremark on Facebook for the latest 3DMark news at http://www.facebook.com/Futuremark or visit http://www.3dmark.com