Seoul, Korea on Jul. 18. 2013 – Samsung Electronics Co., Ltd., the world leader in advanced memory technology, today held the 2013 Samsung SSD Global Summit at the Westin Chosun Seoul in celebration of the launch of its new solid state drive (SSD), the Samsung SSD 840 EVO. Along with the announcement of its latest SSD under the theme of „SSDs for everyone“, the Samsung SSD Global Summit also explored the future of the global SSD market, which is quickly replacing the HDD market.

„After accelerating the growth of the SSD market by last year’s launch of entry-level, high-performance SSDs we are introducing a much faster SSDs with up to 1TB capacities offering consumers a wider range of choices,“ said Young-Hyun Jun, executive vice president, memory sales & marketing, Samsung Electronics. „Samsung continues to enhance its SSD brand image by delivering the industry’s highest quality solutions and continuously increasing its SSD market share by expanding the adoption of higher density SSDs especially in client PC segments“ 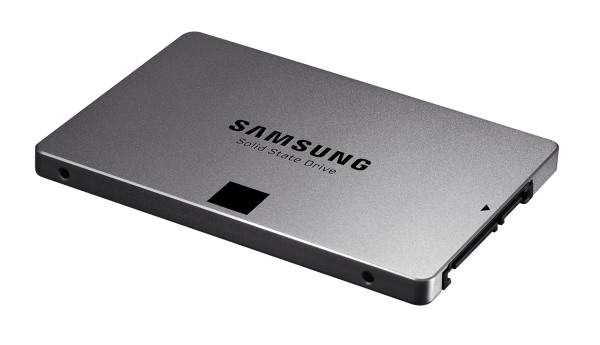 As part of its strategy to expand into the consumer market and further popularize SSDs, Samsung plans to initially introduce the Samsung SSD 840 EVO to major global markets in early August. Samsung will expand into additional markets at a later date.

The new Samsung SSD 840 EVO line-up makes use of the industry’s most compact 10-nanometer class** 128Gb high-performance NAND flash memory, which Samsung began mass producing in April. With these chips and Samsung’s proprietary multi-core controller, the Samsung SSD 840 EVO achieves unrivaled value for performance with improved sequential read and write speeds.
In addition, Samsung has developed the XS1715, the industry’s first 2.5-inch NVMe SSD line-up. This device will expand Samsung’s market base for enterprise SSDs, and the company will make them available in the second half of this year.

Samsung created the industry’s first SATA-based SSDs for ultra-slim notebook PCs and enterprise servers. Now, Samsung continues to improve on this development, providing SATA, SAS, PCIe and NVMe SSD line-ups which complete the industry’s largest line-up of SSD products and solutions for enterprise use. This will lead to even faster replacement of HDDs across the industry.

At this year’s Samsung SSD Global Summit, approximately 150 global business press, consumer media and power bloggers from twelve countries were invited, allowing Samsung to introduce high efficiency SSDs to global consumers and show participants just how simple it is to install and utilize SSDs in their notebooks.

Compared with the 250GB 840 Series SSD, the highest selling capacity of the 840 lineup, the new 250GB 840 EVO now delivers 520MB/s sequential write speed – making it more than 2 times faster than last generation. In the case of 120GB model, the 840 EVO achieves 410MB/s sequential write speed, which is approximately 3 times as fast as that of the 120GB 840 Series SSD.

For the 1TB 840 EVO SSD, the sequential read/write performance has reached 540MB/s and 520MB/s. Furthermore, both the random read and write performance have achieved the highest level, reaching 98,000 IOPS (Input Output Operations Per Second) and 90,000 IOPS, respectively. This significantly enhances the user’s real-world computing experience, especially when he or she is dealing with very large data files.

The Samsung SSD 840 EVO line-up is available in five capacities: 120GB, 250GB, 500GB, 750GB, and 1TB, supporting a wide range of computing environments and IT applications. It has also significantly narrowed the capacity-induced differences in performance, which gives consumers a broader spectrum of devices to choose from.

The newly developed high-speed 1.6TB NVMe SSD provides a sequential read speed at 3,000MB/s, which allows it to process 500GB of data (equivalent to 100 Full HD movies 5GB in length) in less than 3 minutes. When compared to other products with similar specifications, this new SSD is 14 times faster than a high-end enterprise HDD for server use, and six times faster than Samsung’s former high-end enterprise SSD storage.

The XS1715’s random read performance reaches up to 740,000 IOPS (Input Output Operations Per Second), which is more than 10 times as fast as existing high-end SSD storage options.

The new NVMe SSD XS1715 comes in 400GB, 800GB and 1.6TB versions. It can also be found on the NVMe Integrators List (IL)**, which makes it an easy-to-manage and highly reliable solution for data center and server storage customers. System performance can be improved dramatically by upgrading to the NVMe SSD XS1715 from a 2.5-inch HDD or a 2.5-inch SATA SSD.

Over the next several years, Samsung expects to continue to develop a variety of NVMe SSD products with increasingly high performance levels.

By strengthening its eco-friendly cooperation with global enterprise customers through the production of low-power (green) NVMe SSDs, Samsung will endeavor to help its server and storage customers maximize the efficiency of their IT investments.